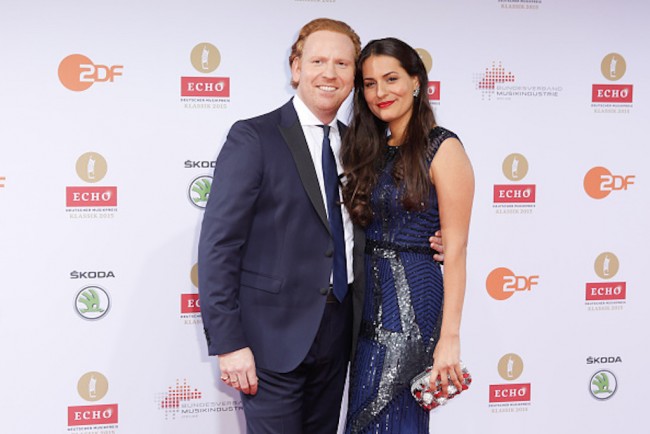 While it may have become commonplace in the theater, cell phone usage may have bled into classical as well. During a Daniel Hope concert, a woman engaged in a Skype call to show the violinist performing an encore during a private show in Brussels.

The private show was interrupted Tuesday night when the woman in question received a Skype call, answered it and the proceeded to show the violinist performing.

It was during an encore of Bach that an audience member removed the woman's phone and gave her a few points about attending a private show.

According to WQXR: "The audience member held up her mobile device while laughing and loudly declared to the caller that Hope was "still playing" and that she could watch through the call.

"Another audience member reacted by dispossessing the woman of the device and let her know in no uncertain terms of his opinion, shared by many at the concert, that the behavior was inappropriate."

This isn't an uncommon practice at shows nowadays. Many concerts are captured on video and posted through social media. In fact, if you've attended a pop concert, then you may even be asked to use your phone as a light--instead of a lighter.

Tablets, phones and the like are all details of attending concerts and now that practice has begun to stem into the classical arena as well. The Daniel Hope concert is proof that this may be something music will have to shift alongside with.

Regardless of your position, the woman in question was reprimanded for her actions. Hopefully, Daniel Hope won't be discouraged from performing privately in the future.

Here is Daniel Hope below, without interruption, Skype or otherwise.