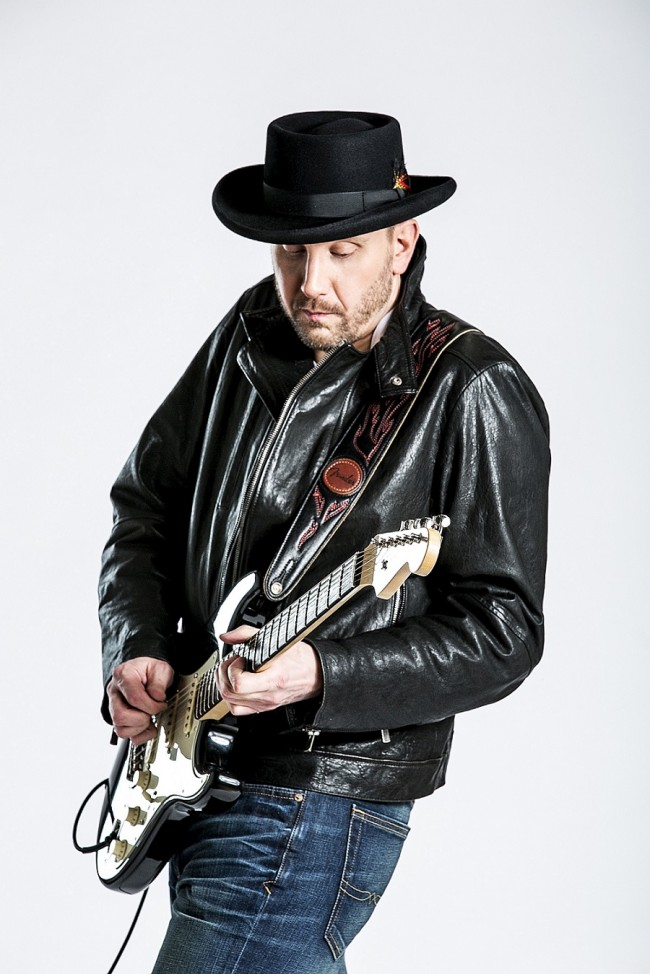 Roots-Rocker Christian Collin digs down deep to cook up some Americana gumbo on 'Spirit of the Blues.' (Photo : Flint Chaney)

Spirit of the Blues (C-Train Records) by roots-rocker Christian Collin distills folksy Mississippi soul, raucous Memphis R'n'B, roadhouse South Texas blues and urban Chicago electricity into an American gumbo of can't-sit-still proportions. Originally from the Detroit area, Collin's dad was a noted Capitol Records A&R man and Bob Seger's Road Manager. Once his dad took him to see Little Feat right before Lowell George died in 1979, he got the bug at 13 and never let go.

He's been scuffling around Midwestern honky-tonks for the last 15 years paying his dues and sharpening his chops. This Spirit... is the result: 12 originals burning with intensity, razor-sharp lead guitar on his Fender Strat, Telecaster or Gibson Les Paul Junior and vocals brimming with the kind of arrogant confidence that his hero Johnny Winter once snarled (sounding so much like the late Albino legend, it's positively eerie). When he wraps his leather lungs around his "Player's Game," he's not just braggin' 'bout being a big-city womanizer (although I hardly doubt his claim), he's setting a standard that's in direct contrast to his "Dead Man Walking" (a haunted ode that's practically a dirge, the only track where he plays slide). On "Forever Friends," about the dissolution of a love affair, he pumps up the proceedings with a full-fledged horn section (the only track to do so).

His longtime road trio kicks like an ornery mule. The primal guitar/bass/drums format is aided and abetted by the aforementioned horns plus harmonica, piano, organ and female backing vocals, depending upon the track. Add Pete Galantis from Howard & The White Boys on slide guitar and you've got some party.