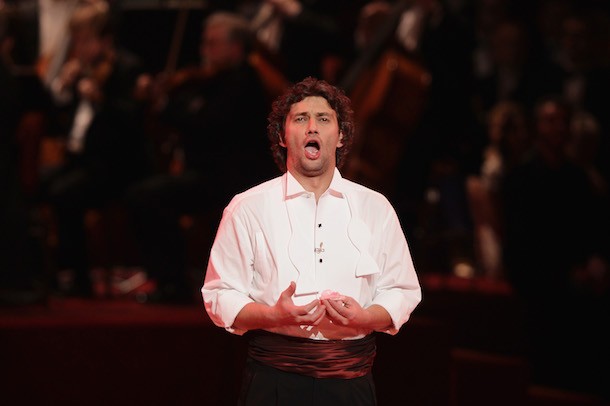 In a one-night only event, Jonas Kaufmann will astound audiences in the U.S. with a nationwide screening of An Evening With Puccini on Tuesday, Feb. 23. As of late, a video from the performance has surfaced, with Kaufmann performing Cavaradossi's opening aria from Tosca.

It was one of the most anticipated performances of 2015 and was an homage to one of Kaufmann's favorites, Giacomo Puccini. Released prior to the concert, Kaufman's debuted his affinity for all things the composer in an extended tribute entitled Nessun Dorma.

The film is directed by Brian Large and produced by Arts Alliance.

Last year, the recital made national headlines, particularly in Italy, and received five encores and nearly 40 minutes of applause.

Live from La Scala, Milan, the film also features rare archive footage and will be narrated by Jonas himself.

Premiering via The Guardian, the exclusive is captioned:

"It was one of opera's most celebrated performances of 2015 - Jonas Kaufmann's all-Puccini gala concert at La Scala, Milan, with arias and scenes from Turandot, Tosca, Manon Lescaut and La Fanciulla del West. "Jonas Kaufmann conquers La Scala," declared La Stampa. Now you can see it, when it is broadcast in cinemas in the UK, US, Canada, Australia and across Europe, and enjoy the singer the New York Times called 'the most important, versatile tenor of his generation.'"

Kaufmann described the event as one of the greatest nights of his life. On Feb. 23, audiences abound will be able to experience firsthand just what made the evening so exhilarating and a program not to be forgotten.

So without further ado, here is a clip from the performance that has been hailed as a timeless tribute to one of the greatest composers of all time.