What makes a man's life? His work or the world around him which he moves through? Are they inseparable? If you're a serious student of the history of the blues, B.B. King: The Life of Reilly might be considered a little light but B.B. King: The Life of Riley is more a portrait of a man in and of a time. It is an inspiring story and well worth the viewing. It is a story about honor and dignity and, in this election year, it is a refreshing change i to meet a true American of character, a humble man who doesn't assume he is anything more than just an average guitar player. He worked himself up from nothing by himself.

The line up of interviewees would suggest that Mr. King was more than just an average guitarist. From Bono, Eric Clapton, Aaron Neville and John Mayer to Carlos Santana, Ringo Starr and Bonnie Raitt, muaic royalty comes out to pay tribute to the humble sharecropper's son from Mississippi. While you won't get a larger sense of B.B. King in the overall picture of blues, this intimate little portrait will pull at the heart strings and will make you respect this man even more. He is more American than many of the politicians claim to be. 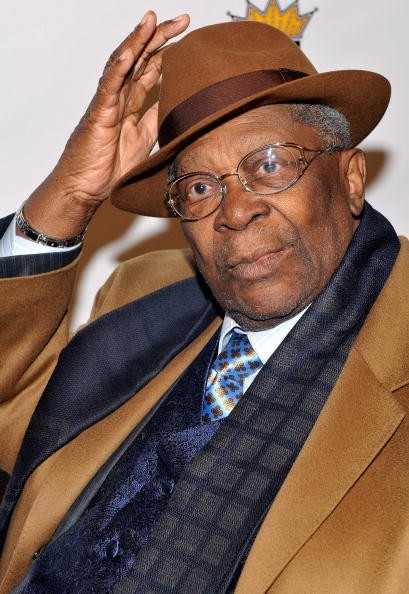 (Photo : (Photo by David Becker/Getty Images))
© 2016 The Classical Art, All rights reserved. Do not reproduce without permission.