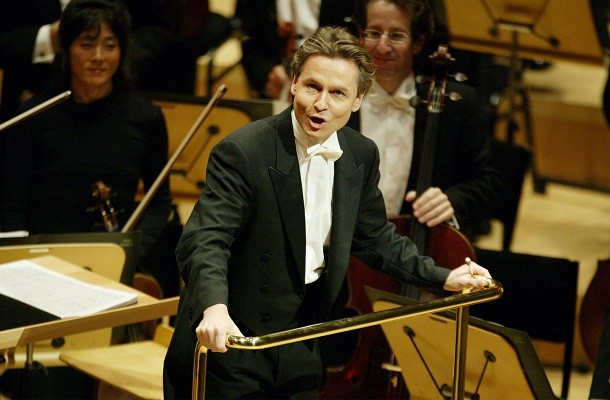 The Ojai Music Festival has announced a new slew of music directors for the next five seasons leading to its 75th anniversary in 2021. Among the new directorial staff appointees are Vijay Iyer, Esa-Pekka Salonen, Barbara Hannigan, Patricia Kopatchinskaja and Mitsuko Uchida .

As it's been noted, some of those who have been appointed aren't unfamiliar with the festival. In 1999, Salonen made his Ojai debut with a program dedicated to all things Finnish and served as the music director in 2001. Uchida, who performed at the festival last in 2004, was named c-music director in 1998.

The four-day festival, which is based just a mere 80 miles north of Los Angeles, is dedicated to broad-ranging and avant-garde music since its inception in 1947. A legendary event, sure, other directors of the festival include the world-renowned Igor Stravinsky from 1955-6 and the late Pierre Boulez, who held the position an astounding seven times between 1967 and 2003.

Other conductors who have held the post are Michael Tilson Thomas and Simon Rattle along with performers such as soprano Dawn Upshaw and pianist, Leif Ove Andsnes.

"All of them are artists of such mesmerizing vitality that I just can't wait to get their seasons planned...[The new appointees] will bring to the Ojai Music Festival a truly distinctive and distinguished artistic arc through its 75th anniversary in 2021."

The festival enters its 70th year with performances starting June 9-12. Opera director Peter Sellars is at the helm for now with more information available here.

For now, though, preview a performance from Ojai's past to keep yourself busy in the meantime.