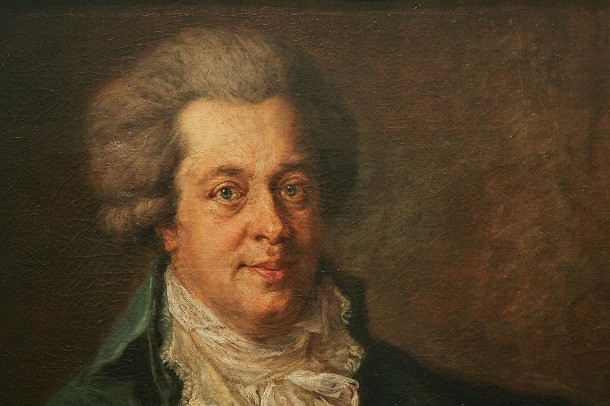 The bitter rivalry between Mozart and Salieri is a timeless tale epitomized in the film Amadeus. In a new discovery, however, an unearthed piece of music by the composers begs to differ, showing that the pair could, in fact, work together.

Considered lost for nearly 200 years, the Czech Museum of Music presented the rare sheet music in three parts as composed by Mozart, Salieri and a silent third partner, Cornetti.

Entitled Per la Ricuperata Salute di Offelia (translated: A Salute to the Recuperating Ophelia), the piece was composed in 1785 and was written to be sung by the Vienna-based English soprano, Nancy Storace.

"The first part is by Salieri and is written in pastoral style.The second part is written by Mozart. It's more march-like rhythm, the beginning reminds me little bit of (Mozart's opera) The Abduction from the Seraglio. And the third piece is by Cornetti. It's also written in more pastoral style, much closer to the piece Salieri wrote."

What this new discovery dictates, and what has been posited by the Oscar-winning film, is that rumors surrounding Salieri poisoning Mozart may, finally, be discredited. As the two were humble enough to work on music together, the rivalry may not have come to a head as many would have hoped.

The theory that Salieri poisoned Mozart came after Salieri attempted suicide in 1823, where he confessed to the successful murder of his composing counterpart. However, there is little evidence to suggest that this is a credible notion.

No matter what you tend to believe, the new composition should help justify that the two were not as combative with one another as previously stated.

Speaking of the bitter rivalry, here's a famous scene from Amadeus below.

How to Buy Locks of Mozart, Beethoven Hair at Sotheby's London Auction [LISTING]