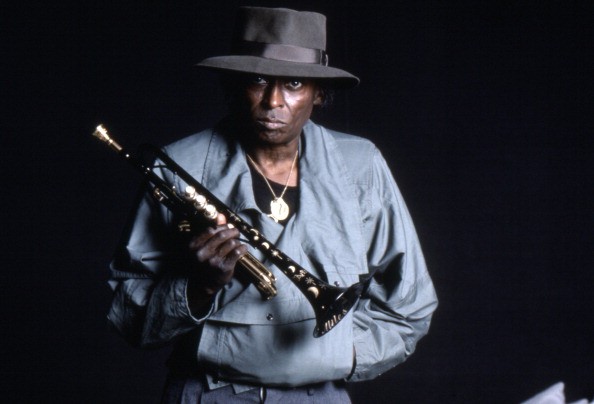 July 30, 1969 was a pivotal year in the history of Jazz. Until that point, unlike rock ' n' roll, jazz was slowly, if not begrudgingly submitting to the revolution of new sound. A younger generational was coming into their own and they had a different, brasher, more funky sound in their minds. Trumpet legend Miles Davis was of the previous generation, the hard boppers. Born in 1926, Davis was getting older but he was still Miles Davis and the sounds that funk/rocker Sly Stone, among others, was creating with his band Sly and the Family Stone signaled the future for Davis. The "King of Cool" was about to go electric.

Davis had a new girl in his life, Betty, and she was connected to what was hip, as if he needed it explained. A constant tour schedule meant, however, that he wasn't up to date on the current who's who. According to the website Pitchfork, "Betty told him all about Jimi Hendrix, Sly Stone, and the Fifth Dimension (hopefully in that order), and he was keen to investigate the new sounds. Years later he would brag about being able to put together a rock band that would blow all the others away, but he approached the idiom cautiously and methodically at first." These new sounds intrigued Davis and it was on his 1969 release, In a Silent Way, that the firebrand Davis would begin a creative fury that would only last for a brief period of time but would give Davis' label, Columbia Records, a wellspring of material to release for years to come.

But it was a rather cautious opening salvo. One could almost feel Davis gently dipping his toe into the sea of uncertainty and liked what he saw. In his new film Miles Ahead, Don Cheadle played the enigmatic musician. In an interview with Rolling Stone online, Cheadle delved the depths of Davis' psyche to find out what drove him, "I think we've got to make a movie about this dude as a gangster" - 'cause that's how I feel about Miles Davis. He's a G. All those apocryphal stories about how bold and dynamic he was, the gangster shit he'd do ... you could fit all that into a biopic, I guess. But I just thought, let's do a movie that Miles Davis would say, 'I want to be the star of that movie. Not the one about me. The one where I'm the f***er running it, and I tell everybody what happens.'" Take the music he made in 1950 and put it over scenes set in 1978, or take his 1965 album and drop it into 1945. Just do it without the constraints of any rules. Make some mistakes, go crazy, crash into a wall - anything but something f@@king cookie-cutter."

After all, if Miles Davis was going to change jazz again, he would have to be sure it was in the direction he wanted it to go. Along with producer Teo Maceo, they would take off the training wheels and unleash one of the ugliest masterpieces on the jazz world. Whereas his first steps onto the playground of genius with the 1959 Kinda Blue album was a collection of seamless fluidity, Bitches Brew and the following releases which where mainly culled from the sessions, save for the live ones, delighted in showing its true self, chaos. It was a rolling thunder that ate musical conventions up and spit them out. It was art of the highest degree. It was Miles Davis.

Miles Davis, John Coltrane, Louis Armstrong and the Search for Musical Expression and Self