Donald Trump's Foray Into Theater Was an Immediate, Unequivocal Failure 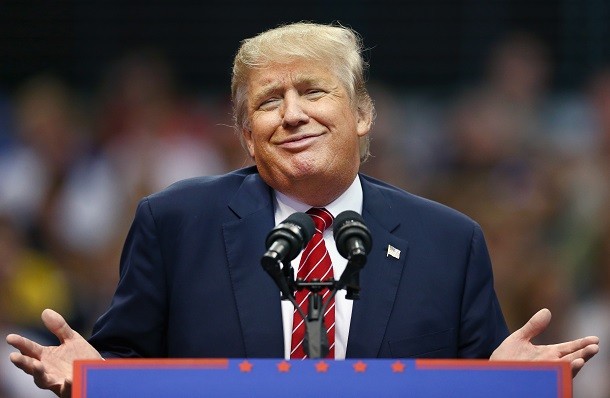 Republican presidential candidate Donald Trump speaks during a campaign rally at the American Airlines Center on September 14, 2015 in Dallas, Texas. More than 20,000 tickets have been distributed for the event. (Photo : Tom Pennington/Getty Images)

There are many ventures on Mr. Donald Trump's resume, but you may not have guessed Broadway producing to be one of them. That's right, when Mr. Trump was a mere 23-year-old he marched into the office of David Black atop the Palace Theater, offered the producer a large sum for a credit and soon he was an executive on set of a brand new Broadway performance.

The production was called Paris Is Out! and it marked Trump's first and last attempt at theater. Of course, that's because of the Republican frontrunner's penchant for business instead of histrionics and that was quite apparent during the rehearsal phase of the show.

"..His approach to producing - at one point he questioned why the show's poster wasn't more prominently displayed outside a Times Square ticket office - foreshadowed his approach to other businesses. And, although Paris Is Out! remains Mr. Trump's only Broadway credit, his off-and-on flirtation with the theater world, which included abortive talks about musicals inspired by his career, add some drama to the biography of the man who has unexpectedly become the leading contender for the Republican nomination for president."

It was also noted that his interactions with the theater business were representative of his tactics that he usually employs today--that is, throwing his celebrity weight around in order to get things done.

The show starred Sam Levene alongside Molly Picon and didn't do many press performances ahead of time. For good, though, as the production ended up being a total flop. And so just like his career in theater, the production didn't last long and was even written up as, simply, a "bay play" by Clive Barnes.

Be sure to read the rest of the story and make sure to keep yourself abreast of the Trump train with a clip of mogul below.

5 Reasons Donald Trump Should Not Be President [Opinion]