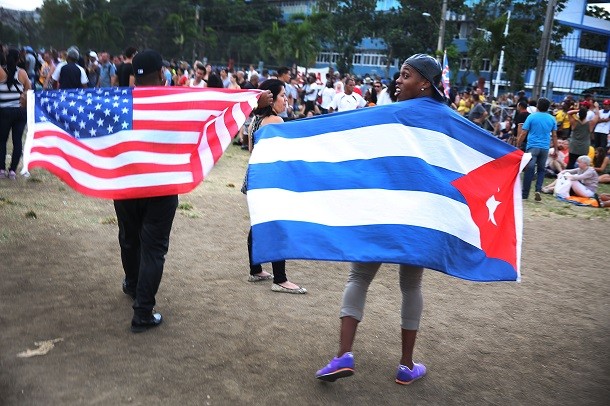 The all-female Cuban ensemble, Camerata Romeu, is a talented orchestra under the direction of conductor Zenaida Romeu, who says the company "has something to share with the world."

For Cubans, music is deeply rooted in their culture. But the varieties of Cuban music differ from a stereotypical guitar, bass and guiro to larger performance groups. In one instance, an all-female orchestra appears to be making an impact.

As it's been reported, the ability for all-female music groups to thrive in a nation like Cuba is not as daunting of a task as many might think. Instead, conductor Zenaida Romeu, who leads the female-strong concert ensemble Camerata Romeu, says the culture is welcoming of an orchestra like this.

Romeu said in an interview:

"Everybody thinks that Cuban music is just guitar, bass and guiro. But we have more examples for large orchestras, for ensembles, for choir - we have a very big, intense musical life here.

"Even in the 20th century, women had formed orchestras, and had been involved in the culture. At that time, I was in Spain, and I felt that the woman was not involved in society as we had had here, in spite that we are third world, and a tiny country. I felt that we had something to share with the world."

Founded 23 years ago, Ms. Romeu is a graduate from Havana's music conservatory. Her rank as a talented orchestral conductor, and being the first Cuban woman to graduate from the institution, has helped her in establishing the ensemble.

Meaning, young women, both coming out of the conservatory and through other avenues, have made their way to the orchestra for its notoriety as an all-female production.

Yadira Cobo Rodriguez, a 14-year veteran of the orchestra and leader of the second violins, feels the orchestra's all-female cast is "more angelic, more comfortable" than their male counterparts. Perhaps it's this feeling that leads women musicians to the performance group.

With the trade embargo against Cuba lifted, orchestras and other Cuban music groups could benefit from the presence of the American market in their country. Not just for trade and influence, since the old sanctions are no more and with any luck, Camerata Romeu will see the benefits from the new relations between both nations.

Nonetheless, get a taste of what Camerata Romeu is all about in a video below.

What has Changed for Musicians Since Re-Establishing Ties With Cuba?