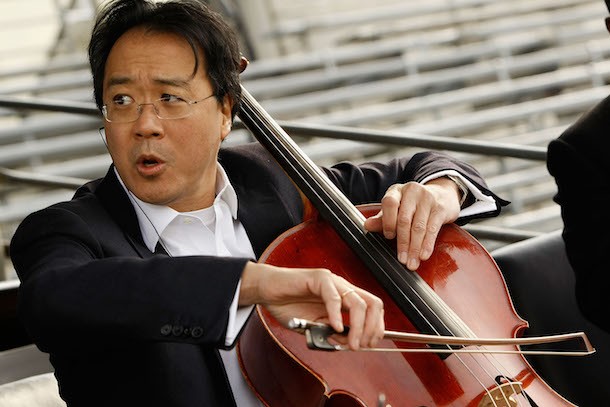 Putin has defended his close friend and confidant, noting that the cellist is in fact a shareholder in one of his companies. He notes, however, that while Roldugin profits from it, it's not "billions of dollars, of course." Because that would be, as he put it, "nonsense."

Mr. Roldugin and Mr. Putin have both said that the money Roldugin earned was usd to import classical instruments. Being a cellist, this would appear to make a lot of sense, but Roldugin still has a stake in Putin's enterprises nonetheless, which includes Bank Rossiya.

Putin said, "I am proud to have friends like him," and even went so far as to call Mr. Roldugin a "brilliant musician."

However much Putin and his pal try to sweep the accusations under the rug, it seems that the Papers continue to swirl around the cellist, along with other famous leaders and celebrities.

And no one perpetuates the accusations better than John Oliver, who was able to bring in the people's cellist, Yo-Yo Ma, to be a part of a segment on the controversy. In the segment, the cellist runs a stock tip hotline to help him accrue the same amount of wealth as his peer Roldugin has in offshore investing.

Ma runs the hotline and even gives a small performance (that sounds pre-recorded) and concludes, "Wow, I love cellos!"

The Panama Papers aim at exposing some of the world's wealthiest, who have eluded international tax to maintain their wealth in secret, and have implicated the family of Prime Minister David Cameron, famous futboller Lionel Messi and more.

Nonetheless, be sure to check out the John Oliver episode with your subscription of HBO Go and, as always, tune into something entirely Yo-Yo Ma below for the time being.