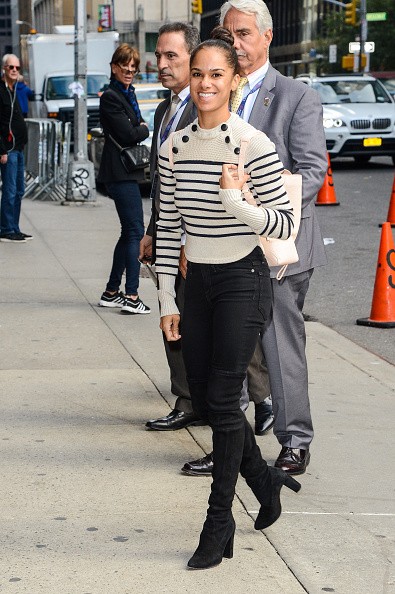 The duo has been trending on Twitter, and that's usually not the case with classical musicians and ballet dancers. Regardless, the pair performed to "Courante" with Copeland in a red leotard and Ma on strings.

Copeland became the first black female principal dancer for the American Ballet Theater in June and has become a figurehead in the ballet world. Ma, who turns 60 on Oct. 7, won a Grammy for Best Instrumental Soloist in 1985 for his recording of Bach's famed six compositions for cello.

As Bustle put it:

"The performance was a refreshing change, considering late-night is usually the setting for the radio-hit pop star or an up-and-coming rock band. Since taking the Late Show reins from David Letterman in September, Colbert has proven he has a different kind of vision for what after-hours television can be. With high topics like the Iran deal to classical pairings of Ma and Copeland, Colbert has elevated his role as late-night talk show host into a sophisticated kind of gig."

Along with Ma's milestone birthday, the dancer is promoting a forthcoming documentary about her life entitled A Ballerina's Tale, which comes out Oct. 14.

So, without further ado, here is Copeland performing with Ma on The Late Show With Stephen Colbert, a performance that has become a major topic of discussion.