Jimmy "Duck" Holmes, the Last of a Dying Breed, Says 'It Is What It Is,' Blue Porch [REVIEW] 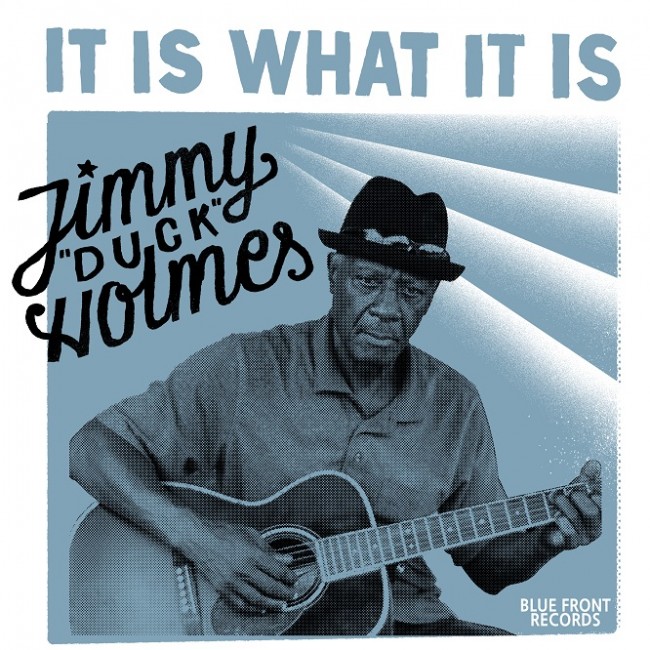 'It Is What It Is' by Jimmy "Duck" Holmes (Photo : courtesy Blue Front Records)

Jimmy "Duck" Holmes just may be the last of a dying breed. Straight out of the Mississippi Delta, his seventh album, It Is What It Is, is the premiere release on the new Blue Front Records out of Bentonia, Mississippi. It's filled with the real Delta blues, no rock'n'roll here, this one's for purists.

Accompanied only by his three guitars-electric Harmony Stratotone, 12-string and acoustic Epiphone-plus his mouth organ and various percussive sounds he makes with his foot on the floor of the juke joint that housed the session, Holmes sings such traditional tales of terror like "Evil" and "It Had To Be The Devil" with the kind of holler that will seep into your soul. His originals are as low-down as anything by Son House, Charlie Patton or even Robert Johnson. Holmes is the heir to such blues and deserves a pedestal so more people can hear the real thing.

It's the kind of blues that will bring your arm hairs to attention. It's so low-down that it cannot help but lift you up. As primitive as the moans and wails of the slaves who sang themselves into at least some semblance of happiness in the face of despicable circumstance, the cries, shouts and exclamations of this natural-born soulful vocalist are punctuated with drama and flair when he pounds out those minor-tuned chords and trilling lead notes on his ax. The cumulative effect, as with all great classic blues, especially the pre-WWII stuff, goes right through your defenses to the point where you can only nod your head, take a deep breath, and get down with what he's puttin' out.

In listening to these tracks one after another, you get a sense of the Blue Front Café in Bentonia, one of the oldest juke joints in Mississippi. The place was owned by Jimmy's parents since 1948, and he's run it since 1970. Between its steel barrel stove, cinderblock acoustics and walls that have witnessed the legendary Skip James [1902-1969] himself performing on that small stage, it reeks of blues validity.

Close your eyes. You can feel it.