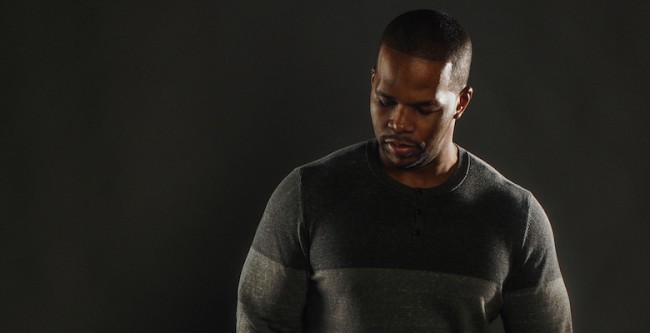 The 'Convergence' of vibraphonist Warren Wolf is an all-star affair. (Photo : Steven Parke)

And what a show it is! Co-produced by McBride, I bet it was his idea to spread the cats out over 11 tracks of solo, duo, trio, quartet and quintet performances on six Wolf howls and five oh-so-cool covers. You've got to come out strong, they say, and Convergence does just that with the full quintet on the slam-bang whiz-funk cha-cha boogie "Soul Sister" (get this thing on the radio! THIS is the kind of summer action we need when the top's down). The one other quintet number is a rewrite of Scofield's "Trim" (from his 1987 Blue Matter) called "Havoc" where the guitarist burns with delight.

Scofield sits for Wolf's "Four Stars From Heaven," a quartet waltz-swing for Wolf's four kids (although I do believe he's had another since). Tough to pick a highlight but I'm going with the quartet's "Cell Phone," a blister ready to pop. Bobby Hutcherson's "Montara" lets Wolf ease on down the road in trio format. Vibes never sounded so blissful. "Tergiversation" swings mightily, Wolf again letting his mallets do the talking but this time, overdubs himself for a four-armed vibes-on-vibes attack.

Stevie Wonder's "Knocks Me Off My Feet" knocked me off mine. Man, what a doozy! It's only McBride and Wolf playing peek-a-boo in their soulful conversation but when Wolf hits the marimba, a new aesthetic is formed as he seems to have an old-fashioned cutting contest with himself. Wolf also plays piano and Fender Rhodes on his "Prayer For The Christian Man" but you certainly don't have to be Christian to dig it as I can personally attest. "New Beginning" is a vibes/piano duet and "King Of Two Fives" is a vibes/bass duet. Convergence closes with gorgeous solo vibraphone that starts out "Stardust" and ends up Chopin. A classical gas! Why not?