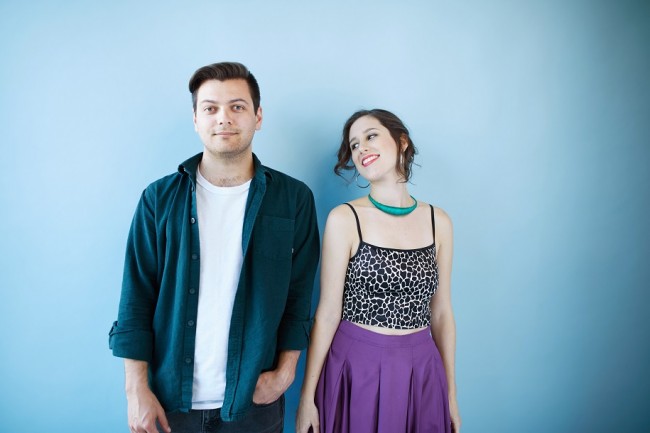 A meeting of minds, cultures and genres has resulted in the self-titled debut of Opaluna (Ridgeway Records), a stirring duo combining samba, salsa, rock, folk, swing, modern jazz and world into a cohesive whole. Mexican-American guitarist Luis Salcedo and Columbian vocalist Susana Pineda, with the help of producer/bassist/vocalist Jeff Denson and percussionist John Santos, have crafted a 10-track hour after being invited to do so by Denson, who just happens to be their professor at the California Jazz Conservatory. It should blow your mind like the hippies of their home town of San Francisco liked to say.

Lu and Su like to mix it up. Opener "Bridges" is funky until its mid-song change of feel and tempo. A cover of the Buena Vista Social Club's "Dos Gardenias" makes this Cuban classic new again. Wayne Shorter's "Mahjong," I dare say, is different here than anywhere else, utilizing wordless vocals and an escalating mystery trip into an almost psychedelic end.

Luis rewrote lyrics from the children's classic The Little Prince to inform his rather intense "Does It Rain On The Moon." "Baile de Opuestos" also comes from kid stuff as it's a reworking of "Inchworm" into the type of South American folk music called Joropo, indigenous to Columbia and used originally for dancing the fandango. "Champeterapia" veers Afro-Caribbean while "Petalos" is pure jazz. Get the picture?

This duo met in class and immediately started fooling around together by de-constructing the American Songbook into Afro-Venezuelan riffs. The chemistry was so profound, the energy so visceral, that Professor Denson took them under his wing where he conducts similar musical experiments at CJC. We're all the more entertained because of his decision.