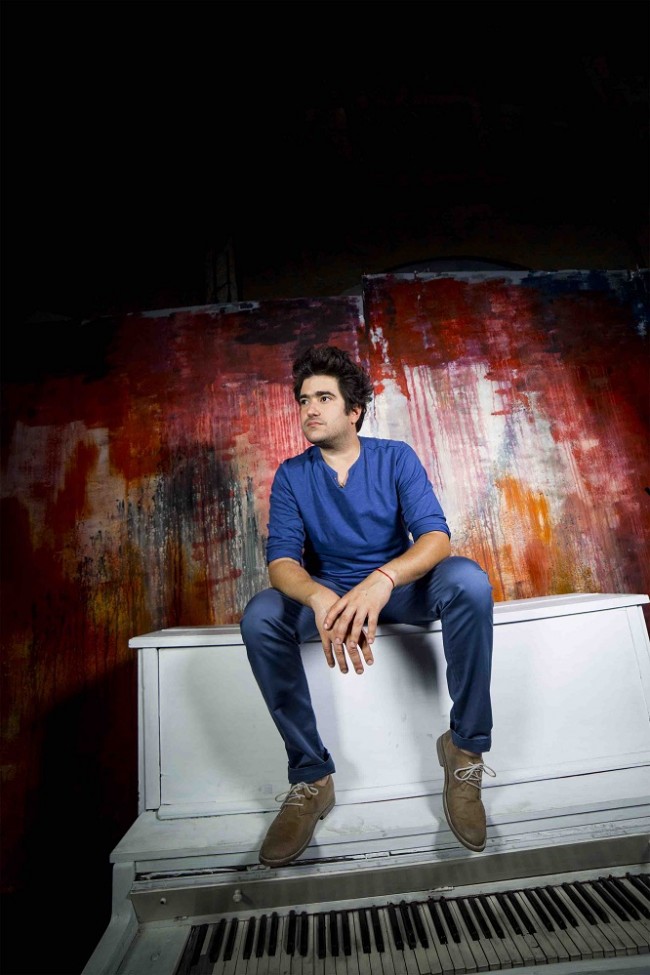 Pianist/Composer Harold Lopez-Nussa, 33, may be from Havana Cuba but his El Viaje debut (Mack Avenue) spans the globe in a jazz travelogue accentuated by his longtime piano/bass/drums trio now with Mayquel Gonzalez on trumpet and flugelhorn plus three heavily percussive guests.

He starts the journey at home with "Me Voy Pa' Cuba" and you instantly know you're in for a roiling, percolating good time as the constancy of the percussion is your tour guide. It's always there rumbling on the bottom, bolstered by the funky bass plunks of Alune Wade from Senegal in another stop on this globe-trot of a CD, West "Africa." "Feria" and the title track also have that African feel as Wade proves to be a highly effective vocalist. (You can see for yourself in the embedded video below.)

Over the course of 11 tracks, Lopez-Nussa proves to be an amiable host with a propensity to expound pianistically to Gonzalez's horns, oftentimes engaging in swinging conversations or post-bop or world-beat exercises. His younger brother, Ruy Adrian Lopez-Nussa, mans the drums and even their father, Ruy Francisco Lopez-Nussa, adds some big beats in "Mozambique En Mi B."

Still, it's Gonzalez who adds the oomph whether they're in the "Oriente" or taking "Inspiracion En Connecticut." On the cover of "Bacalao Con Pan" by Chucho Valdez, he really wails. Highlight? Tough one to call but "Lobo's Cha" is a delicious bolero "with Parisian melancholy," as it says in the liner notes, that morphs into a cha-cha.

Harold, prior to his jazz fixation, was more comfortable performing and recording "Fourth Piano Concerto" by Heitor Villa-Lobos with Cuba's National Symphony Orchestra. That classical hint does, indeed, surface in some of his more eloquent moments. Spending some time with the legends of the Buena Vista Social Club for his country's Rhythms del Mundo helped as well, as did his three years playing behind vocalist Omara Portuondo (which he calls "a blessing").

Now it's his time to shine.

Parma to Release ‘Abrazo: The Havana Sessions’ on Ansonica