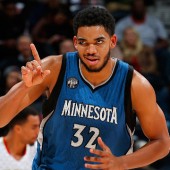 Tonight, February 12, the best first- and second-year players in the NBA get together for the BBVA Compass Rising Stars Challenge. You won't want to miss any of the action; below is the live stream link, TV schedule, rosters and preview. 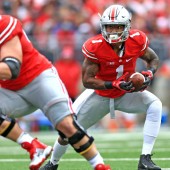 Following Super Bowl 50, all 31 picks have been set in place for the first round of the 2016 NFL Draft (one of the 32 is missing because of a certain DeflateGate scandal). Picking No. 23 overall are the Minnesota Vikings, and they're a pretty solid team across the board -- solid offense, defense and special teams. One thing they are lacking, however, is a plethora of weapons on offense. That's why they should take Ohio State WR Braxton Miller. 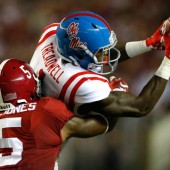 Following Super Bowl 50, all 31 picks have been set in place for the first round of the 2016 NFL Draft (one of the 32 is missing because of a certain DeflateGate scandal). Picking No. 22 overall are the Houston Texans, after they got blown out by the Kansas City Chiefs in the first round of the playoffs. This team has some needs for sure, especially at quarterback. However, there may not be anyone worth taking at that position at this pick. If that is the case, the Texans should take Ole Miss WR Laquon Treadwell. 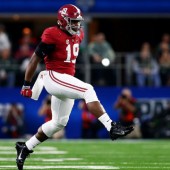 The 2016 NFL Draft order is finally set for the first round following Super Bowl 50. All 31 picks are in place, as the New England Patriots had to forfeit their first-rounder after DeflateGate. Picking No. 21 overall is the Washington Redskins, and they're in need of help in a few areas. But with this selection, Alabama LB Reggie Ragland must be the choice. 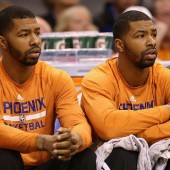 Ever since the Phoenix Suns traded away Marcus Morris, twin brother to Markieff Morris, things haven't been good. Not for the Markieff or the Suns. Things have gone way downhill, indeed, for a team that many expected to continue to grow after a couple of promising seasons. Instead, major regression has left many to wonder and rumors to be spread. But after Morris' scuffle with Archie Goodwin, is it finally time to trade the other twin? 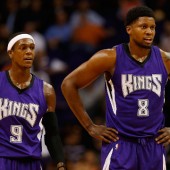 Every year, there are some teams that are just truly disappointing about halfway through the season. What's good about that is there's still time to make a change. The trade deadline extends a few days past the NBA All-Star break; this year, that date is February 18. Which five teams need to make drastic changes before that time? 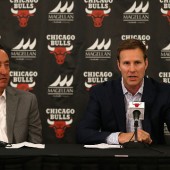 It seems like an eternity ago when the Chicago Bulls' biggest problems seemed to be the team wasn't jelling offensive in a new system and Derrick Rose wasn't shooting a decent percentage. I mean, in reality it's only been a matter of weeks, but things have changed drastically for the Bulls in a short period of time, and not for the better. It leads many (including this writer) to believe that, unfortunately, the team's woes may be more deep-rooted than just the roster or head coach; it starts all the way at the top with the front office on the list of who's to blame. 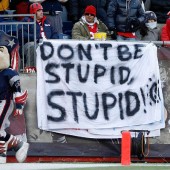 There are some truly dumb people out there who use the Internet. It's pretty much the only flaw of the entire system, but what are you gonna do? I'll admit, I enjoy them; laughing is one of my favorite things to do. If you enjoy a chuckle yourself, check out this video that "Black Adam Schefter," a troll Facebook and Twitter account, posted today which might be the dumbest "NFL is Rigged" evidence on the face of the planet.

It's been a sad couple of days knowing that football season is officially over, but there are still things to look forward to this offseason, especially the 2016 NFL Draft. After the Denver Broncos won Super Bowl 50, they earned the 31st selection overall, instead of No. 32, because the New England Patriots had to forfeit their first-round pick after the whole DeflateGate situation. So without further adieu, here is my mock draft, post-SB edition. 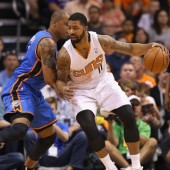 The late game tonight will be the Oklahoma City Thunder taking on the Phoenix Suns. It may seem like a blow out -- and it probably will be -- but there are still reasons to watch. Find out what they are here, as well as the live stream link, betting line, TV schedule, preview and prediction. 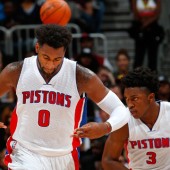 The Toronto Raptors and Detroit Pistons highlight a 10-game slate tonight, and this matchup has a lot of potential to go down to the wire. For this 2016 contest of Eastern Conference teams, read on to see the live stream link, betting line, TV schedule, a preview and prediction. 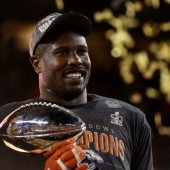 Broncos' Von Miller Is About to Become a Very Wealthy Man >>

If there was doubt about how tremendous of a player Von Miller was before tonight, I think that's all gone now. The Denver Broncos have won Super Bowl 50, and guess who walked away with MVP honors? That's right, Mr. Miller. All this means now is that he's about to become one of the richest defensive players in the NFL, if not the richest ever. 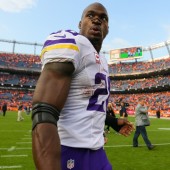 The NFL awards were handed out yesterday, so now is as good a time as any to reflect on the past season. This article will cover the top five running backs of the 2015 NFL season; it is not, as some may contend, a list of the five best running backs talent-wise. The criteria is simply based upon how well each player performed given the context of their season in 2015, and nothing else. Obviously, Adrian Peterson is on this list, but who else made it? 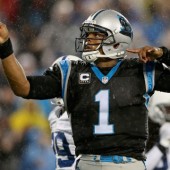 The NFL awards were handed out yesterday, so now is as good a time as any to reflect on the past season. This article will cover the top five quarterbacks of the 2015 NFL season; it is not, as some may contend, a list of the five best quarterbacks talent-wise. The criteria is simply based upon how well each player performed given the context of their season in 2015, and nothing else. Obviously, guys like Cam Newton and Tom Brady are on this list, but who else made it? 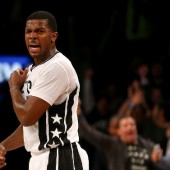 NBA (former) star Joe Johnson led his Brooklyn Nets to an impressive win over the Sacramento Kings Friday night, 128-119. It was so good, in fact, that he hasn't had this huge of game since the 2009-10 season, nearly six full years ago, back when he was with the Atlanta Hawks.