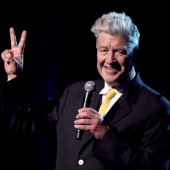 Even when benign, an element of horror could probably be ascribed to most of the work of David Lynch. But for those keenly familiar with it, they'd also know it is usually filled with far more uncertainty than true horror. David Lynch and Marek Zebrowski (Polish composer), have teamed up to bring out the depths of this uncertainty in their upcoming re-release of 'Polish Night Music.' 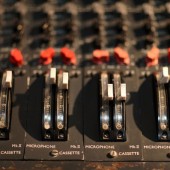 The PBS Idea Channel's Mike Rugnetta is once again tackling the hard issues, and this time his crosshairs are aimed at... pop music. Is pop music bad? In truth, pop music is a much easier target than we would like to believe, a fact well-recognized by host Mike Rugnetta in his opening segment of the episode entitled: "Is Pop Music Holding You Hostage?" 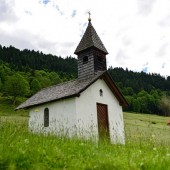 In what might at first seem a highly unrefined, even grating experience to a trained singer, the old-American pastime known as "shape-note singing" is gaining some recent recognition as an advanced way to "internalize music theory." Reading from 'The Sacred Harp' Hymnal, first published in 1844, shape-note singing workshops teach how recognizing note-heads in four distinct shapes can expedite sight-reading skill (especially to non-musicians). 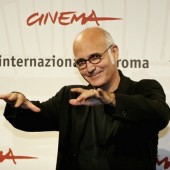 If the charts are any indicator, it's possible that tastes may be changing in the UK. Italian composer and classical pianist Ludovico Einaudi's 2015 album, 'Elements,' is turning heads as the first classical-ish album to reach the top 15 in the country. 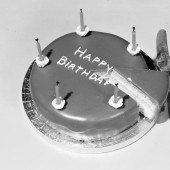 Perhaps the most absurd tale of copyright infringement has finally been put behind us. Thought by many to be a practical joke, the all-too-ubiquitous "Happy Birthday Song" (assumed to be public domain by most) has, in fact been protected under law, making pretty much all of us law-breakers -- that is, until recently. The rights holder, Warner/Chappell (a division of Warner Music Group), has been collecting up to an estimated $2 million a-year in royalties from "Happy Birthday Song" media appearances. 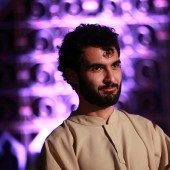 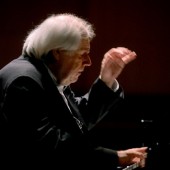 Grigory Sokolov vs. Norman Lebrecht: So, Who Won the Battle of Cremona? >>

In the capricious world of award ceremonies, occasionally, a winner will refuse an award for personal reasons. Fewer still so suspiciously as Russian pianist Grigory Sokolov, who recently refused the Cremona Music Award in what appeared to be an act of spite. His reasoning was given in the form of a handwritten note posted on his dedication page (written in both Italian and Russian), citing Slipped Disc agitator Norman Lebrecht as the sole reason for refusing the Cremona Music Award. Sokolov did not wish to be placed in the same category as Lebrecht, who had, himself, won the Cremona Music Award last year 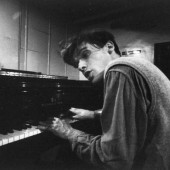 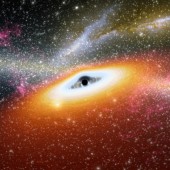 Could the universe be in the key of B flat? Recounting a decade-old discovery, the NY Times reported on the Chandra X-ray discovery of a black hole that's been singing in the key of B-flat for more than two billion years. The exact register of the B-flat was found to be some 57 octaves below middle C. 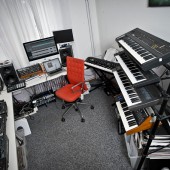 The use of repetition in music raises a controversial debate for many listeners. In many cases, it is the sole delineator between the addicting songs and the irritating ones. Now, the folks over at IFL Science have put together a video arguing how incredibly fundamental repetition in music is to impressing itself on the listener, using the "mere exposure effect" and "semantic satiation" as its foremost defense. 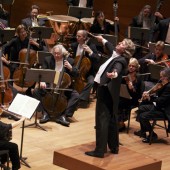 Alice Tully Hall was rattling under standing ovations this Thursday, courtesy of American Classical Orchestra (ACO's) choice to begin its season with the thunderous clashes of three perennial Beethoven works: the "Lenore Overture No. 3," followed by the 'Emperor' Concerto, and finally, Beethoven's '7th Symphony.' Certainly, an "All-Beethoven" opening night marks a decisive start to any season, but with young fortepianist Jiayan Sun leading the 'Emperor' Concerto with a historically informed performance, enthusiasts may never again be as close to the composer's work, as only he conceived it. 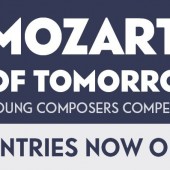 Having stirred the personnel pot earlier with the appointment of pianist Lars Vogt as music director, the Royal Northern Sinfonia--the United Kingdom's only full-time chamber orchestra stationed there at Sage Gateshead--is now challenging young U.K. composers to stir up its repertoire. Yes, the well-established tradition of prominent ensembles hosting rigorous competitions for emerging voices is summoned once more. This time, though, it's more of a mandate. 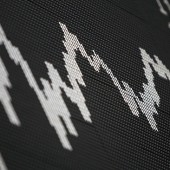 The stock market has been set to music. DJ and composer, Jace Clayton, is changing the way we listen to our environment with an experimental music project called 'Gbadu and the Moirai Index', which takes influence from the Greek goddesses of fate as well as Gbadu, the dual-gendered West African fate deity. 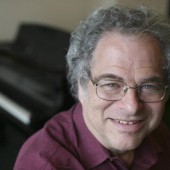 Israeli-American violinist, Itzhak Perlman, the (once) child prodigy and emblem for the talents of Israel, is now turning 70! He took some time on this birthday to look back on those who brought him where he is today. Chief among those jump-starters was Ed Sullivan, acclaimed variety show connoisseur, who in 1958 came to Israel to collect various talents that would be selected to appear on his show.