Conductor John Morris Russell the Cincinnati Pops Orchestra are pleased to announce the Pops' 2016-2017 season, to be performed at Downtown Cincinnati's historic Taft Theatre, the Orchestra's "home away from home" while Cincinnati Music Hall undergoes a major renovation during the 2016-17 season. The Pops won't be able to return to the renovated Music Hall until the 2017-18 season. 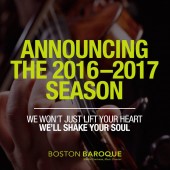 Boston Baroque, the oldest continuing period instrument orchestra in North America, is pleased to announce its 2016-2017 season. The season will feature the Boston Baroque debut of international star countertenor David Daniels in Bach's Mass in B minor on October 21 and 23, as well as the return of soprano Susanna Phillips in her debut of the iconic role of Cleopatra in Handel's opera Giulio Cesare on April 21 and 23, 2017. 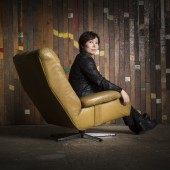 New Music Director of the New Jersey Symphony Orchestra (NJSO) Xian Zhang is happy to announce the orchestra's programs for the 2016-17 concert season, her first since taking the job. Highlights from NJSO's upcoming season will include Zhang's first concerts as Music Director, featuring a trio of Tchaikovsky scores: Symphony No. 5, Piano Concerto No. 1 and Polonaise from Eugene Onegin. 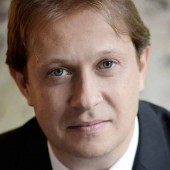