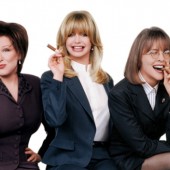 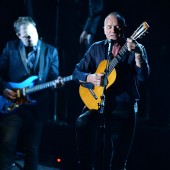 The semi-autobiographical show is set to move to Broadway in the fall. 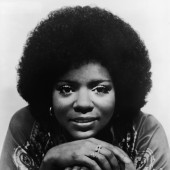 The company has celebrated Howlin' Wolf, Nina Simone, Marvin Gaye, Dionne Warwick, Curtis Mayfield and more in the past. Now it's the turn of the one-hit wonders. 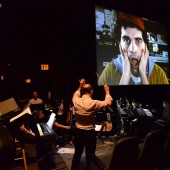 Access Contemporary Music is getting ready to present its annual Sound of Silent Film Festival on April 29, at a new venue this year--the Music Box Theater, one of Chicago's top theaters for arthouse cinema.

Last fall, the Spektral Quartet commissioned more than 40 contemporary composers to create mini new-music masterpieces to serve as ringtones and alerts on mobile devices. The Quartet will present them all at its "Mobile Miniatures" release party in Chicago at Constellation on Saturday, March 29 at 8:30 p.m.

This weekend at the Museum of Contemporary Art Chicago, ICE (International Contemporary Ensemble) is presenting three concerts of works by Alvin Lucier, a trail-blazing force in contemporary music for over 50 years. Lucier, himself, will be present at these performances on March 21, 22 and 23 at 7:30 p.m.

Haven Theatre Production of ‘Seminar’ by Theresa Rebeck Presents Lessons in Writing…or Is It Writhing? >>

Haven Theatre is presenting the Chicago premiere of 'Seminar,' a glimpse of what really happens at creative writing seminars, at Theater Wit in Chicago through April 13.

Pink Martini will return to Symphony Center in Chicago on March 7 at 8:00 p.m., with special guests The von Trapps, the great-grandchildren of the famous 'Sound of Music' family. Together they will sing classic songs and selections from their latest album, 'Dream a Little Dream.'

The legendary Chicago brass sound can be heard in its full power and brilliance next Thursday at Orchestra Hall, when the Chicago Symphony Orchestra Brass take the stage for a program of traditional favorites and symphonic masterworks arranged for brass ensemble.

Music Collides with Absurdist Theater in â€˜Absurdopera' by Gustavo Leone >>

"Absurdopera" will have its world première on November 21 and 22 at Chicago’s Mayne Stage as part of the 8th Annual Latino Music Festival.