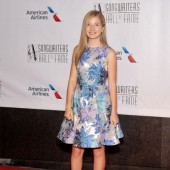 Beware Internet: You are about to hit a breaking point. Soloist Peter Hollens and "America's Got Talent" favorite Jackie Evancho have teamed up for a most resounding rendition of Leonard Cohen's iconic "Hallelujah." Hollens appeared on Season 2 of the NBC reality show "The Sing-Off" and has been compared to the unique vocal quintet Pentatonix, who also rose to fame through the show. And now — like we need to tell you — but Evancho is the 14-year-old soprano that has been dazzling audiences with her luminous vocal chops and grace. Having come to prominence through "AGT," she also performed at the National Christmas Tree Lighting in Washington, D.C. The song will be included on Hollens's self-titled debut album, which was recorded and produced by Hollens and includes 13 tracks and features seven songs from his catalog along with six new tunes. 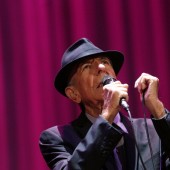 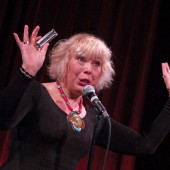 We've written about her before, Barb Jungr and her latest interpretations of Bob Dylan and Leonard Cohen songs for her latest LP Hard Rain. Now, Jungr brings the songs to the 59e59 stage, performing songs from the disc to the public. 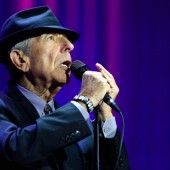 The delicate bass-crooner Leonard Cohen shows he can still keep up with the times--as news of his thirteenth album Popular Problems hit the interwaves. The disc will drop September 23. 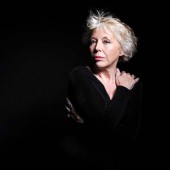 A while back Classicalite reported on an upcoming release from Dylan aficionado and performer Barb Jungr entitled Hard Rain.

When global strife hits the frontlines of the media, old musical traditions of a more immediate history come to life and are given a new breath of air to fit the times.