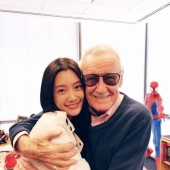 Popular Korean actress Clara has released a video for her debut single “Gwiyomi Song 2,” which surprisingly features Stan Lee, former president and chairman of Marvel Comics. “Gwiyomi Song 2” is an upbeat remake of the “Gwiyomi Song,” a K-Pop single release by Hari in 2013. In the video, Lee performs his version of the “Gwiyomi Player,” a popular dance move featured in the video. Many compare the popularity of the “Gwiyomi Song” in Korea to the viral video “Gangham Style,” which was released in 2012. "Gwiyomi" or "kiyomi" is Korean slang used to refer to a cute person. The video is filmed in "aegyo" style, a popular method used in K-Pop girl groups. Aegyo refers a cute, affectionate style often expressed through a baby voice and facial expressions and gestures, similar to the Japanese concept of "kawaii." 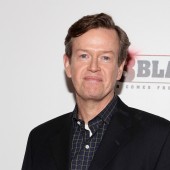 Baker will play John Major and Ivey will channel Margaret Thatcher opposite Mirren's Queen Elizabeth II in the London import. 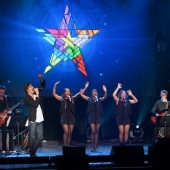 In light of the cancellation of 'Jesus Christ Superstar' earlier this summer, Andrew Lloyd Webber‘s Really Useful Group will be suing co-producer Michael Cohl’s Options Clause Entertainment for what seems to be a loss in profit from ticket sales. 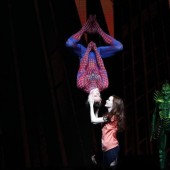 Lights Finally Go Out on 'Spider-Man: Turn Off the Dark' After Losses of $60 Million >>

'Spider-Man: Turn Off the Dark' finally closed on Broadway last weekend, after a run that included cast injuries, a change of director, an inflated budget and historic losses.

'Spider-Man: Turn Off the Dark' Faces $60 Million Loss, Will Close in January >>

The troubled Broadway musical 'Spider-Man: Turn Off the Dark' will close on January 4, after experiencing cast injuries, staff infighting and losses of up to $60 million.

The funniest pics from Classicalite's INSTANT REPIN! Pinterest board. 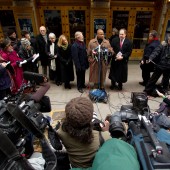 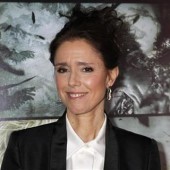