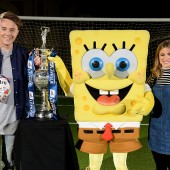 The SpongeBob Musical Fills Out Its Cast >>

The SpongeBob Musical has booked Chicago's Oriental Theatre and they have now cast the parts of Squidward, who will be played by Gavin Lee, and Patrick, who will be played by Danny Skinner. The role of arch villian, Bikini Bottom Plankton, will go to Nick Blaemire. The previously cast parts of SpongeBob SquarePants and Sandy Cheeks are being played by Ethan Slater and Lilli Cooper. It is due to make its pre-Broadway debut on June 7. 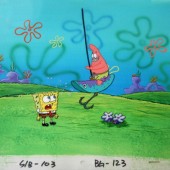