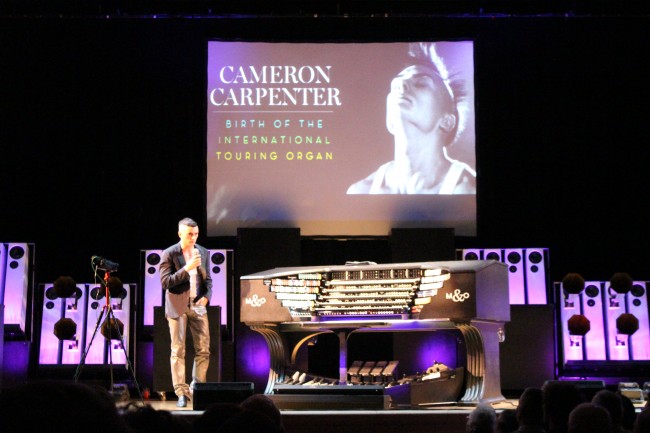 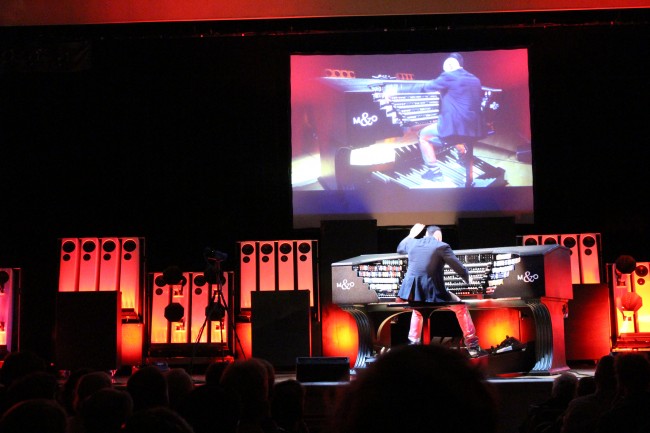 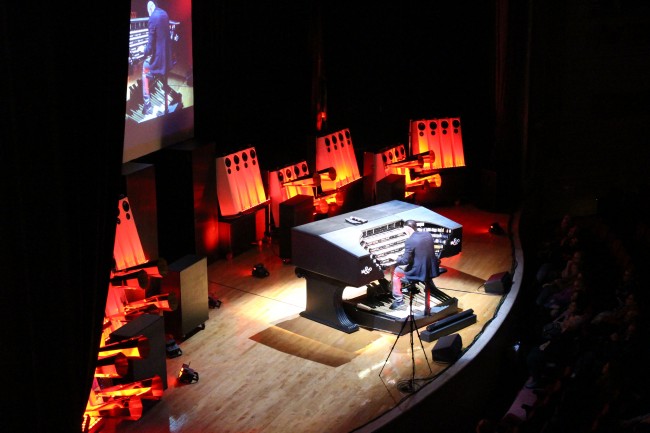 (Photo : Cameron Carpenter at the Town Hall for the New York debut of his custom built International Touring Organ. ) 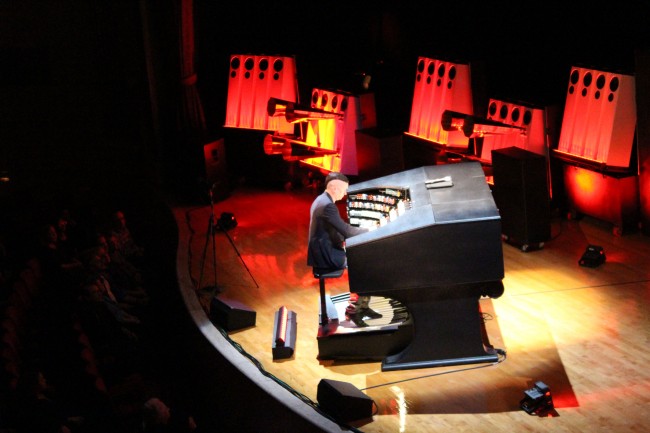 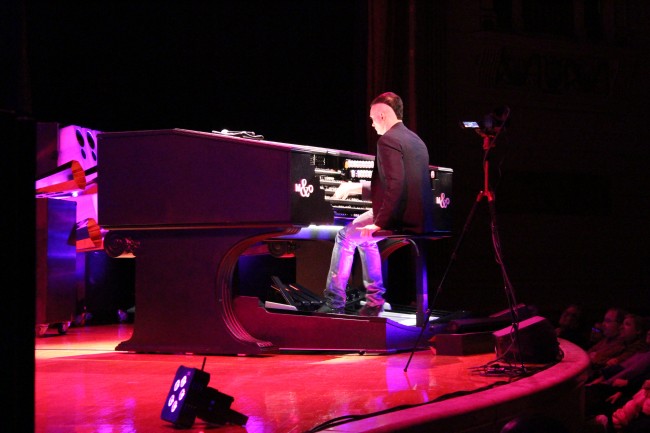 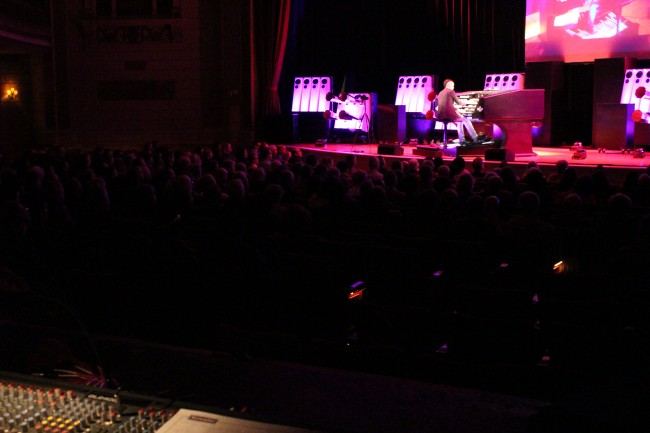 (Photo : The acoustics are provided by the Best Bean LLC sound system, displayed across the stage. ) 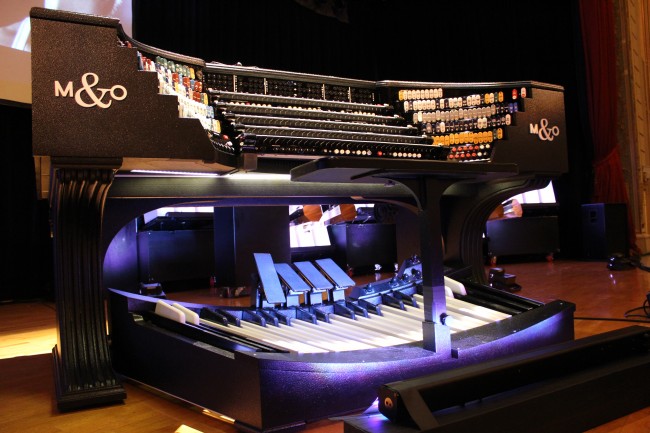 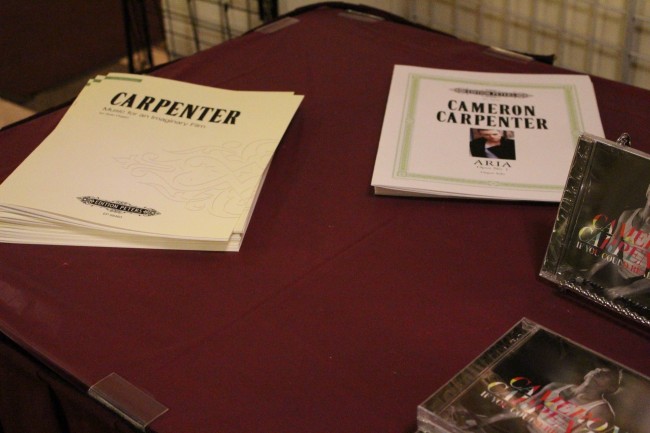 (Photo : The swag table, complete with scores of Carpenters 'If You Could Read My Mind', 'Aria' and 'Music For An Imaginary Film'. ) 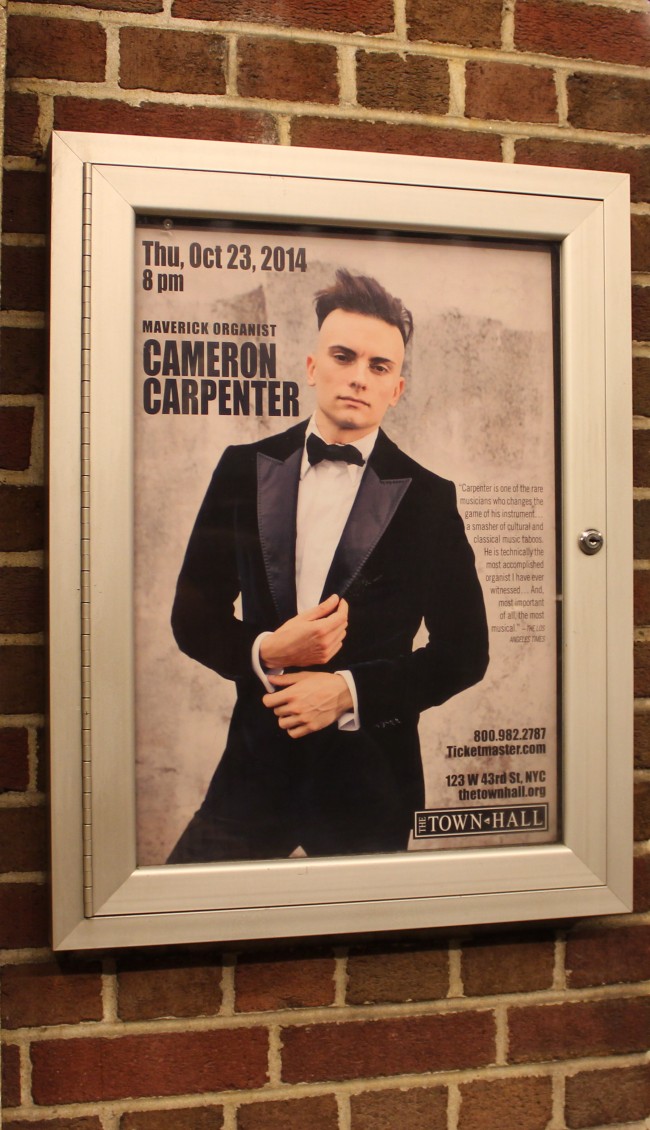 Back in the States from Berlin, Carpenter ecently completed his custom-built, $1,000,000 International Touring Organ (ITO) and we wanted to catch the sound firsthand.

Shostakovich's Festive Overture and CC's take on Gabriel Fauré's composition were our favorites. Take a look through some of favorite visuals...there were plenty with an organist like Cameron.

TagsEXCLUSIVE, Cameron Carpenter, International Touring Organ, If You Could Read My Mind

Organist Cameron Carpenter to Perform Music for Horror Film ‘The Cabinet of Dr. Caligari’ at Symphony Center on Halloween