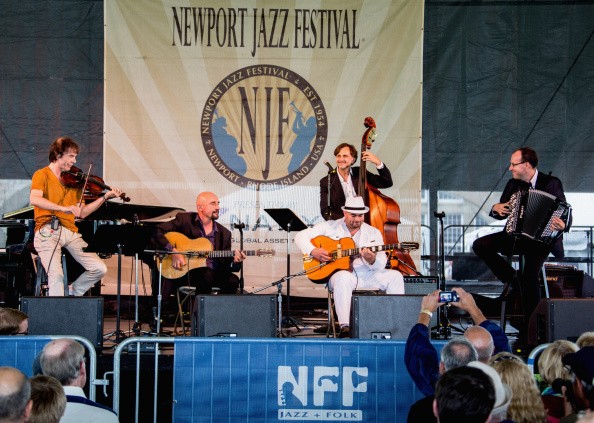 It's a new year and thus, a new season of jazz festivals is nigh. For the U.S., the two most significant summer jazz festivals have finally announced their forthcoming lineups for 2015: the New Orleans Jazz and Heritage Festival and the Newport Jazz Festival.

With Big Ears coming at us, there's two more festivals on the radar that are a fixture in the jazz world. The New Orleans Jazz Festival, to start, has since widened its opus to accommodate musicians of any genre -- not merely jazz.

New Orleans Fest will premiere across two non-repeating weekends on April 24-26 and April 30-May 3. Big-wig headliners for the festival, according to The New York Times, will include Elton John, the Who, Classicalite darlings Tony Bennett and Lady Gaga, Keith Urban, Jerry Lee Lewis and more.

For the most iconic Newport Jazz Festival, its lineup was announced by longtime produce George Wein. The festival will take place from July 31 to August 2 at its mainstay in Fort Adams State Park.

What's unusual for Newport, though, is that it will continue in a similar vein as last year, devoting much of the first day to emerging artists including Matana Roberts, Kneebody, John Hollenbeck, Johnathan Blake and Peter Evans..

Update yourself with the summer festivals here.

And until then, check out something from Newport past below.