EXCLUSIVE: First Look at The Bala Brothers Performing Anti-Apartheid Song "(Something Inside) So Strong" on PBS 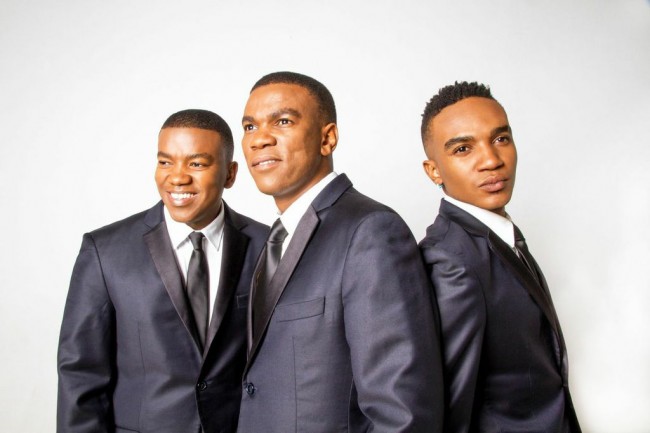 The Bala Brothers will be the subject of PBA pledge special airing in February. (Photo : Press Photo)

The Bala Brothers--Loyiso, Zwai and Phleo--were born in the Kwa-Nobuhle township of South Africa, and their lives were hindered by the stifling rule of apartheid in the nation. However, the group rose above, starting with Zwai, who become the first black member to join the then-segregated Drakensberg Boys’ Choir at the age of 12 in 1988. The resistance of society only furthered his ambition, and he perservered. Later, the choir also came to recognize the talent of his two brothers, Loyiso and Phelo. They soon formed their own group. As their singing talents grew, so did their popularity--eventually leading them to the stage where they headlined a concert tribute to Nelson Mandela in December of 2013, in front of a 55,000 people.

The trio’s talent wasn’t just luck of the draw, it was in their blood. Their parents first met while singing in church choirs and quartets and their grandfather was a choral composer. He taught his grandchildren basic music skills, which led them to a life filled with music.

Since their courageous choice to join the choir, the Bala Brothers have continued to push against the grain. The group, who are a household name in South Africa, are the subject of a major national PBS pledge performance special that will be airing this February. The show will be screened on more than 300 channels across the U.S. and Canada. They are also set to release a self-titled CD/DVD on Warner Classics come March.

Classicalite is proud to present the first clip of the group's soon-to-be released PBS performance special, “(Something Inside) So Strong.” This song will also be the new album's centerpiece.

Check out the Bala Brothers' beautiful performance in the video below.

TagsEXCLUSIVE, Bala Brothers, Something Inside So Strong, PBS, Warner Classics