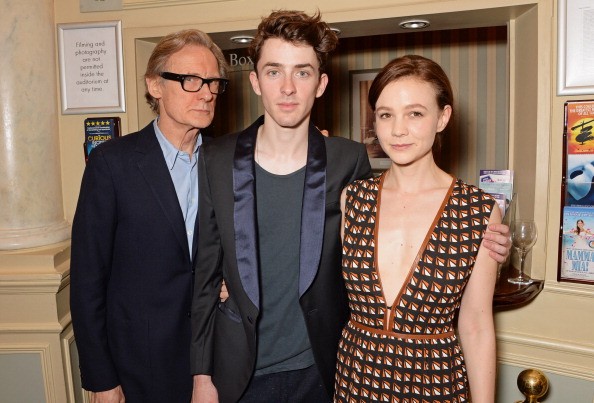 The show is directed by two-time Tony Award winner, Stephen Daldry, who is known for his work on Billy Elliot and An Inspector Calls. The production recently had an acclaimed run in London’s West End, but hasn’t been seen on Broadway since 1996 when it starred Michael Gambon, Lia Williams and Christian Camargo. Now Mulligan, Nighy and Matthew Beard, who were all cast in the London performance, will star in the revival which is slated to conclude its run on June 14. The West End production of Skylight marked Beard’s stage debut.

The description of the show reads as follows: "On a bitterly cold London evening, schoolteacher Kyra Hollis (Mulligan) receives an unexpected visit from her former lover, Tom Sergeant (Nighy), a successful and charismatic restaurateur whose wife has recently died. As the evening progresses, the two attempt to rekindle their once passionate relationship, only to find themselves locked in a dangerous battle of opposing ideologies and mutual desires."

Skylight played to sold-out houses when it opened in the West End in June. National Theatre Live broadcast the production Oct. 23, 2014.

Skylight begins previews on March 13 at the John Golden Theatre. The shows official opening is for April 2 and will run a 13-week engagement through June 21. Click here for more information about Skylight or to purchase tickets.