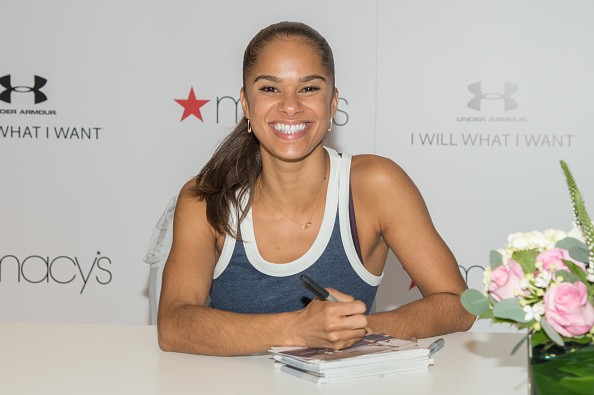 Misty Copeland is the subject of a new documentary titled 'A Ballerina's Tale' set to premiere at the Tribeca Film Festival (Photo : Getty Images)

Misty Copeland is a continuing force behind that idea that, if you follow your dreams, nothing is impossible. To wit, the 2015 Tribeca Film Festival will debut filmmaker Nelson George’s documentary on the trailblazing dancer, entitled A Ballerina’s Tale. Other films debuting include a curious documentary on the iconic Mary J. Blige.

According to the film's website, A Ballerina’s Tale will look at the values of a European cultural expression that has tried to maintain those notions in the face of an aging audience base and increasing irrelevance to mainstream culture. Copeland’s life embodies a number of themes that speak to the larger culture and her personal challenges. Race, body image and Euro-centric perspective are mixed in with her own physical challenges. The film will be narrated by Copeland, and several of her favorite ballets were filmed in multiple camera shoots that will bring us closer to the dance--in ways less frantic and more realistic than that atrocious Hollywood schlock, Black Swan.

The Tribeca screening will be followed by a conversation with Copeland, as well as a special performance by her protégées.

Other fest features include DJ Z-Trip performing a new live film score to Harold Lloyd’s silent classic, Speedy. And the comedy crew from Rifftrax will provide laugh-ins with a live commentary on The Room. Also, TFF alumni Alma Har’el and Patrick Creadon will screen in-progress cuts of their two latest documentaries: LoveTrue and All Work, All Play.

The Mary J. Blige documentary, The London Sessions, is a must-see for all music lovers, too. The documentary delves deep into her creative process as she writes, records and curates one of her most experimental albums to date. After the film's live premiere at the Beacon Theater, Blige will perform on stage for the film festival audience.

Click here to learn about all of the films and events happening at the 2015 Tribeca Film Festival.