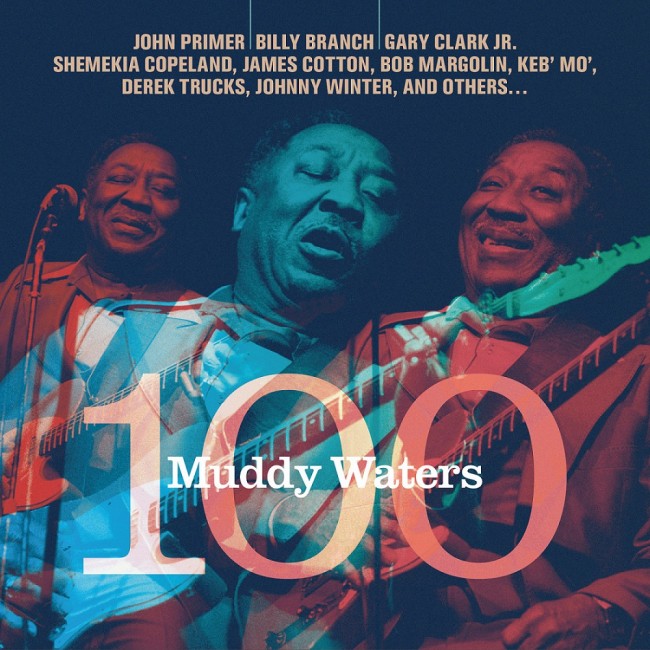 Muddy Waters would have been 100 years old on April 4th. As blues history would have it, he died in his sleep from heart failure on April 30, 1983 at the age of 70, but not before changing the world. As historian Robert Gordon wrote in his superlative and definitive biography, Can't Be Satisfied, it was a Muddy tour of England in 1958 that galvanized the Rolling Stones, Animals, Kinks, Yardbirds, John Mayall's Bluebreakers, Fleetwood Mac, Jethro Tull and almost every other '60s British band to start their own careers playing the blues. Muddy gave the Stones their name, and kicked off the Chicago blues scene upon traveling there from the Mississippi plantation where he made his first recordings in 1941. People still talk about how Dylan went electric at the Newport Folk Festival but Muddy Waters going electric in Chicago for the first time-rural blues to urban blues-had a much more pioneering effect upon his generation.

Some of Muddy's men - including harmonica player James Cotton, guitarist Bob Margolin, vocalist John Primer (who sounds just like Muddy) and producer/guitarist Johnny Winter (who played his parts and promptly passed away just days later) - are back to celebrate Muddy by recording 15 of his songs with some of today's great blues/rock artists like Gary Clark, Jr., Shemekia Copeland, Keb Mo and Derek Trucks. The result is a Muddy tour-de-force.

In updating some of the sound of Muddy's vision, they're still staying true to his eclectic experimentalism. This is no studious archive. Sure, some tracks are handled traditionally. Other tracks take creative liberty to incorporate digital samples and electronica. The Living History Band, who still perform in Chicago, are here, including drummer Kenny "Beedy Eyes" Smith (the son of Muddy's longtime drummer Willie "Big Eyes" Smith).

The CD comes in hardcover book format-instead of the standard jewel box-so a gorgeously illustrated 48-page book can detail Muddy's changes and annotate each track, complete with a historical essay by author Gordon. Even those like myself who already own everything this man ever recorded will flip for these new interpretations.

The Last of the Delta Blues: Photographer Lou Bopp Captures the Last of a Dying Breed in Mississippi