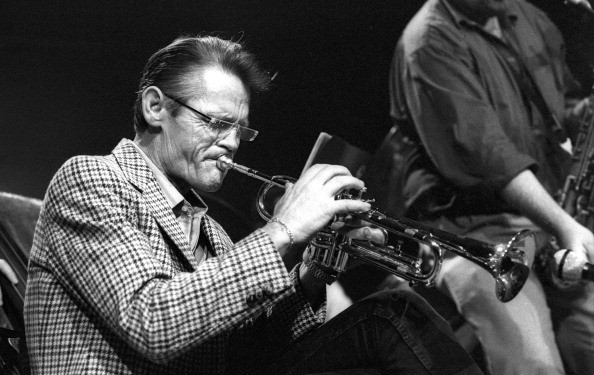 Ethan Hawke is coming off a hot year with a much cooler film that is set to debut at the Toronto Film Festival. Born to Be Blue, which features Ethan Hawke as the studded trumpeter-vocalist, Chet Baker, will premiere at the festival in September.

Robert Budreau's biopic of Baker takes a different path than most movies in a similar vein. Blue is considered a "reimagining" of the trumpeters life in the 1960s. Hawke even went insofar as to say that the film is "not what was, but what could have been."

Whatever that means, the film also stars Selma's Carmen Ejogo as Baker's partner and Callum Keith Rennie from 50 Shades of Grey.

The film is written and directed by the Canadian filmmaker Robert Budreau whose resume of movies includes Dream Recording with jazz pianist David Braid and an earlier short about Baker called The Deaths of Chet Baker.

It has also been reported that the story will chart Baker's 1970s resurgence, tumultuous love affair and ultimate recovery from a period of self-destruction.

Other films announced recently that will also premiere at the festival are Patricia Rozema's Into the Forest, which stars Ellen Page and Evan Rachel Wood, Avi Lewis' documentary This Changes Everything and many more.

The festival is gearing up to be a melting pot of visual art for the fall. Hopefully, Baker's latest tribute will receive enough accolades to keep it at the forefront and thus, keep the spirit of jazz a mainstream ideal.