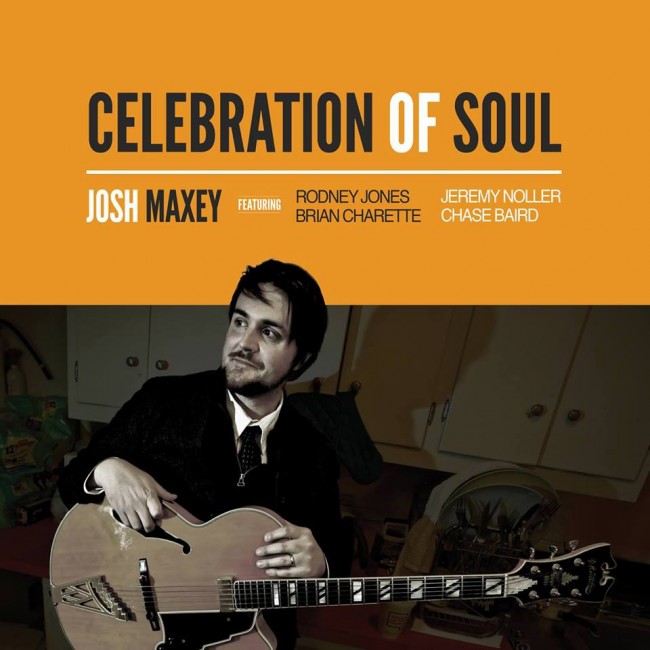 Add Josh Maxey to the long list of guitarists who have changed the music itself. His tenth CD in the last three years is enlarging the vocabulary for six-stringed jazz. Fifty originals played by 20 musicians later, Celebration Of Soul is no instrumental R'n'B snoozefest. Instead, his handpicked crew gives him empathetic support while chipping in with their own very special moments, especially organist Brian Charette and sax man Chase Baird. They're part of the same crew who has played on all 10 CDs and their credits impressively show time spent in the bands of Dizzy Gillespie, Lena Horne, Chico Hamilton and Herbie Hancock -- in other words, the best of the best. They've all learned their lessons well.

The history of guitar within jazz is littered with eccentric visionaries. At first, the guitar wasn't even seen as fit for such music, mostly because it was hard to record back in the stone age of primitive pioneering. Eddie Lang was the first. He influenced Django Reinhardt who went on to invent what they call Gypsy Jazz and directly influence Charlie Christian who played in Benny Goodman's band. Freddie Green played mostly rhythm jazz guitar in the Count Basie Orchestra for 50 years. Wes Montgomery, Bucky Pizzarelli, Tal Farlow, Joe Pass, Jim Hall, Kenny Burrell, George Benson all added their own styles to an ever-evolving tradition that led right up to Mike Stern, John McLaughlin, Pat Metheny and Stanley Jordan.

Celebration Of Soul's dreamy soundscapes give way to catchy funky noodling but it's the more reflective moments that give one pause to consider Maxey a potential great. A Virginian who hit New York City running in 1998, he stayed 15 years, soaking it all up before moving and staying in Denver. Today, he writes, records, performs and teaches, still listening to his McCoy Tyner, John Coltrane, Grant Green and Led Zeppelin albums. The wealth of extremes on this Celebration gives it the kind of listenability that bodes well for repeated spins. I swear, I hear new things on it with each listen. That, right there, is the essence of a keeper.