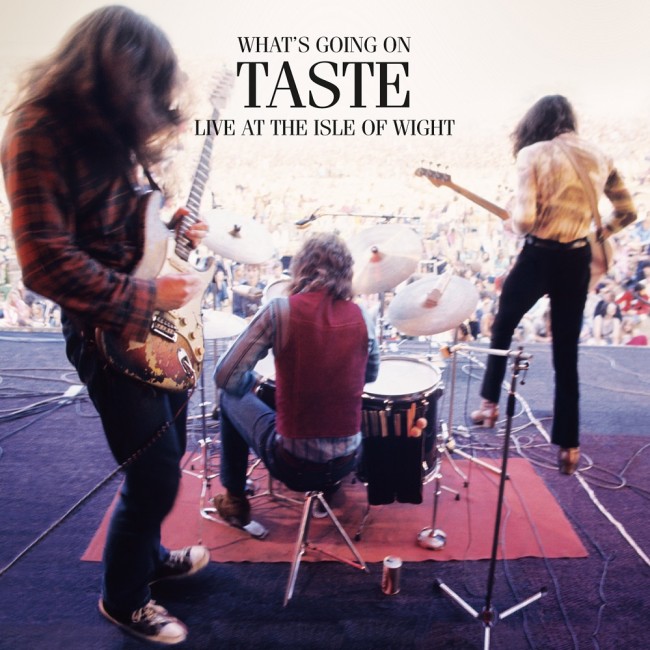 The legend of Rory Gallagher has grown exponentially since the blues-rock guitarist's death in 1995. Those in his cult (I'm one) know that he's right up there with the best of the Texas blues rockers like Johnny Winter and Stevie Ray Vaughan despite being from Cork, Ireland. He was a true hippie hero, not giving a fig about hit singles. Forming Taste in 1966, he got rid of the original power trio for a second line-up of rampaging bassist Richard McCracken and powerhouse drummer John Wilson. This is who played the legendary Isle Of Wight festival off the coast of Great Britain just months after Woodstock. (Gallagher would shortly divest himself of these two as well for a solo career stocked with 14 terrific CDs until he succumbed to liver damage at the age of 47 from a lifetime of drinking.)

He was 22, a beautiful long-haired boy, when he blew the house away with this 79 minute set of originals and classic blues covers that you'd hardly recognize. Alone, he seemed a descendent of one of America's rural bluesmen. With a rhythm section that kicked his ass and ours, Taste equaled Cream. Period. One of the first of the non-singer singers, he got by on tremendous personality, unflappable courage, almost unbelievable chops and a willingness to go so far out on a limb that his crowds--and his band--could only marvel at his audacity. This, though, is both a blessing and a curse when it comes to this set.

Gallagher fans have to get this CD. It shows a young, wild, experimentative Gallagher willing to halt classic blues covers in mid-stream to chant, or start a totally different groove. An instinctive jammer long before the term jam-band ever existed, Rory would stop on a dime and careen into long improvisations half a world away but consistent with a Grateful Dead proto-typical jam aesthetic.

Those not already attuned to Rory's excess (make no mistake, this is wild '60s-style excess) will find it totally ragged but oh-so-right. No roadies handed different guitars to this guy! He just tuned up all over again after each song. He was so much the real deal that he'd get off on his own music to the point of shouting "I Feel So Good" over and over while his fingers cakewalked across the frets like a drunken spider, emitting the most otherworldly sounds (feedback included). So buyer beware. The uninitiated might want to start with some of those aforementioned solo gems where his passion to kiss the sky was reined in by studio dictates. Then, and only then, they can reach back to this fascinating document (also available in DVD and Blu-Ray) which is, in the end, a real find but only for those already emotionally invested.

Blogarrhea: Walking After Midnight in Montreal at International Jazz Fest