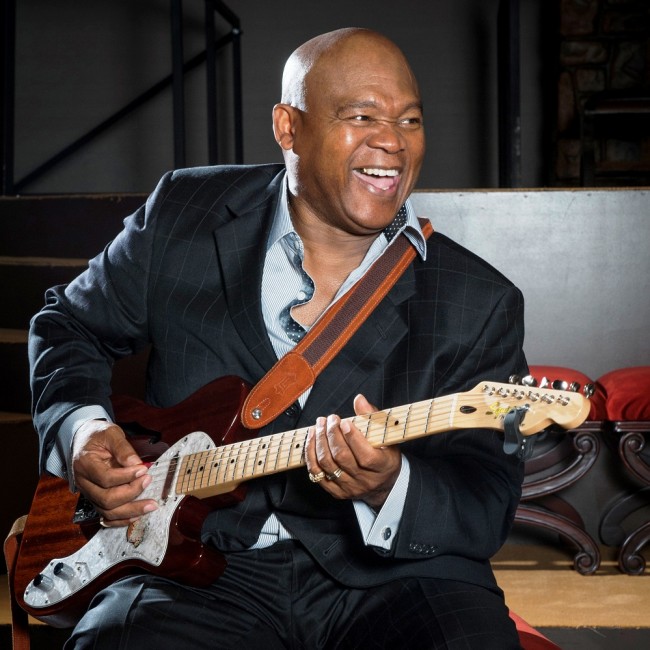 As the longtime lead guitarist for one of gospel music's most enduring vocal groups, the Blind Boys of Alabama, Sam Butler's flourishes were noticed by Steely Dan's Donald Fagen and the Rolling Stones' Keith Richards, both of whom Butler wound up working with later. For his first solo CD, Raise Your Hands! (Severn Records), producer Brian Brinkerhoff has chosen to surround Butler's voice and still-stinging guitar with secular tracks by certifiable legends. The kick is that the songs are pulled inside out so deliciously, you won't even recognize them. Plus, they're not the usual picks.

Butler plays it hard rock style with a hefty rhythm section booming away like a stadium act, and they still cannot overpower the might and majesty of this man on a mission. He plays Bruce Springsteen's "Heaven's Wall" with the same sense of E Street urgency but Johnny Cash might be turning over in his grave to hear his "Lead Me Father" practically psychedelicized. That's the oh-so-cool thing about Raise Your Hands! If you didn't know The Bee Gees wrote "The Lord," you certainly wouldn't know it from hearing this version. That also goes for the "Gospel Train" of Tom Waits and the "Magnificent" U2 tune. Yet when it comes to "Presence Of The Lord" (written by Eric Clapton and first sang by Steve Winwood), Butler uses Blind Faith's original template and it turns out to be THE highlight on an album with 12 highlights.

Song after song slide by in a revved-up rockin' non-stop flurry of soul. Van Morrison's "Full Force Gale" is more intense than the original as is Curtis Mayfield's "Wherever You Leadeth." The material may be heaven sent but this is no gospel album. It's a romper-stomper rhythm 'n' blues barn burner set off by Nashville's go-to rhythm section and bombastic drummer Marco Giovino with booming bassist Victor Kraus, who play it as if they're the Stones.

Dalannah And Owen, 'Been Around A While,' Quest Records [REVIEW]