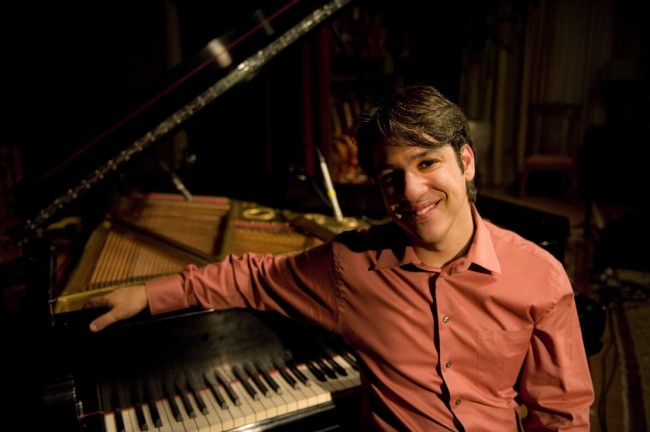 It's almost as if pianist Oscar Perez is telling the jazz aristocracy to Prepare A Place For Me (Myna Records) because this kid is just that good. For his third CD, he has alto saxophonist Bruce Williams, drummer Alvester Garnett and bassist Thomson Kneeland for exemplary support.

Casting Thelonious Monk's 1944 "Round Midnight" as a flamenco is only the tip of his iceberg of ideas. His absolutely gorgeous reading of Hoagy Carmichael's 1938 "The Nearness Of You" belies his tender age. His execution is not only flawless but inspired as if he has an old soul. He takes his own "Just Everything" (originally recorded on his 2005 Nuevo Comienzo debut as a bolero entitled "Solamente Todo") and anglophiles it into straight-ahead modern times. "Headin' Over" is a swing led by alto. The title track is a gospel. "Mushroom City" is a samba. He wrote "Song For Ofelia" for his late grandmother and plays it with finesse and feeling.

A native New Yorker, Perez grew up with his father's Cuban folk music collection. He went to LaGuardia High School for the Performing Arts (the Fame school). Then it was on to the University of North Florida where he majored in Jazz Performance. The capper to his education, though, was studying with Danilo Perez  (no relation) at the New England Conservatory in Boston. Ultimately, he achieved a Master's Degree studying with Sir Roland Hanna at the Aaron Copland School of Music at Queens College. He's toured in the bands of Christian McBride and the late singer Phoebe Snow and has just begun a term on the Jazz Piano faculty of Montclair State in New Jersey.

Prepare A Place For Me is an apt name for this up and comer whose last album, Afropean Affair in 2011, was able to be recorded when he received a grant from Chamber Music America. This kid's going places.