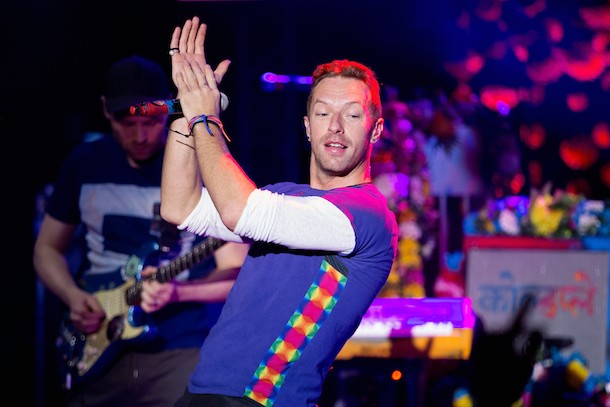 Coldplay often explores new sonic landscapes for their LPs. As it has been reported, they have invited the world-famous Georgian pianist Khatia Buniatishvili to aid them in their musical exploration specifically on the song "Kaleidoscope." Among the echelon of world-famous musicians and characters, there also includes a U.S. president.

While it's not ideal for any artist, some of the songs from Coldplay's forthcoming coming album A Head Full of Dreams leaked on the Internet. However, while they may not have come out when expected, one of the songs, "Kaledioscope," has been magnificently well received.

"'Kaleidoscope': inspired by the work 'The Guest House' of Rumi and charisma of the poet Coleman Barks, both combined with the poignant interpretation of the pianist Khatia and, in the end, striking interpretation of the U.S. President, Barack Obama, of 'Amazing Grace'. The piece is carved in teaching that Chris did his about three years ago, and that is that every emotion emanating from the man is regarded as a divine gift and is able to change the way you view the world and humanity, with a desire to pass this vision of the world to future generations. The central idea of the song coincides perfectly with that album and it is the pivotal song of the disc."

Certainly hearing Barack Obama sing "Amazing Grace" on the album will be a song to behold, assuming the POTUS can hold a tune. But the entrance of Noel Galagher, Beyonce, Mary Clayton and others into the recording sessions should add an exuberant hue to the already masterful work of Coldplay.

Though "Kaledioscope" may have hit the floor before it was intended, critics note that the track is a jewel of the entire album and is enhanced by Khatia's featurette on the song.

If you aren't familiar with the pianist, have no fear, here is a preview of the performer below.