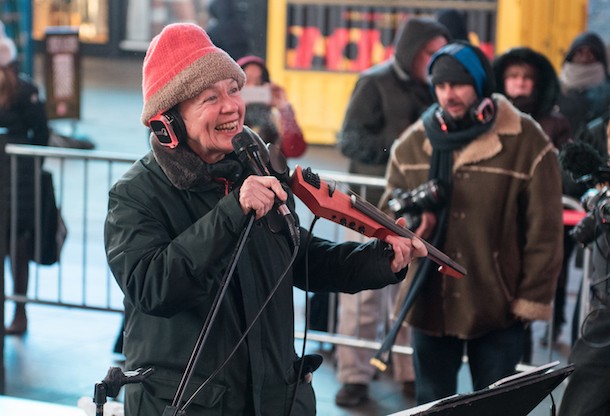 Adams won the Pulitzer Prize in 2014 for Become Ocean; Veils and Vespers was written as far back as 2005. Because of his knack for finding music in the spaces, his performance of VV should have the color similar to his previous award-winning work.

Anderson will present the emotionally gripping Drones, a piece designed by her late husband, Lou Reed, from 6 of his electric guitars and amplifiers, operated by his guitar tech Stuart Hurwood.

The work revisits Reed's masterpiece, Metal Machine Music, and underscores his status as a seminal rock 'n' roll figure with The Velvet Underground.

Both installations will run several hours -- Veils and Vespers clocks in at nearly six hours of music.

"Playing with the drones is a transcendental experience ... I've never felt more free as a musician -- chasing melody, listening to harmonics, immersed in an ever-shifting subtle and powerful sound field."

News of the installations only builds on the reputation of Big Ears as a festival geared toward up-and-coming artists. With an exemplary standard for fringe musicians, Anderson and Adams are representative of the gala's unique and idiosyncratic programming.

For now, check out a mash-up from Big Ears past below.