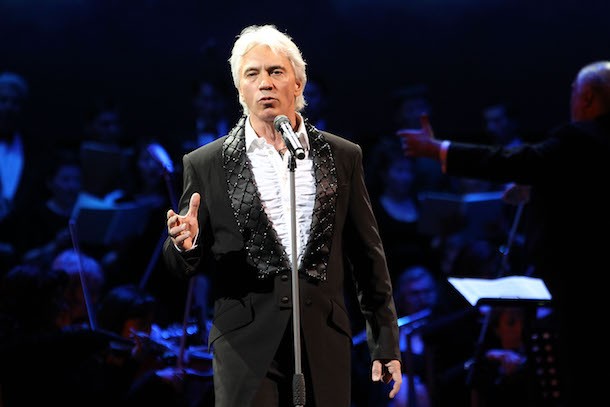 In what has to be an enduring emotional struggle for Russian baritone Dmitri Hvorostovsky, the singer has confirmed his next recital date, taking place at New York's Carnegie Hall. Despite continuing brain cancer treatment in London, the singer will perform Feb. 7 at 8 pm with pianist Ivari Ilja.

Hvorostovsky will return to Carnegie Hall on the Perelman Stage / Stern Auditorium  to perform works by Glinka, Rimsky-Korsakov, Mahler and Strauss. Having debuted at Carnegie Hall to mixed reviews in 1990, this will be his 25th year since the date.

He last performed at Carnegie Hall with Mr. Ilja in 2013.

His debut at Carnegie Hall in 1990 was praised but also questioned. In New York Magazine, they slighted his performance of Italian songs and arias as "intolerable," continuing to challenge the singer's misrepresentation of the music by adding, "Especially if the singer hasn't the vaguest notion of how to project [Italian music's] slender charm."

But not to fear, in his encore of three Russian pieces, it was said that Hvorostovsky's potential was "fully heard" adding that the encores were where "voice, technique and temperament finally connected, and to exhilarating effect."

That was when he was a mere 28 years old.

Now, the singer has had to undergo a most unfortunate series of treatments to help combat a brain tumor. Announced last year, he has undergone several rounds of therapy. He has, however, scheduled and seen through a few performances regardless of the ailment.

Recently, Hvorostovsky performed a concert at the Tchaikovsky Concert Hall is Moskva, Russia. In it, he sang Prokofiev, Tchaikovsky and more.

Awarded the Order of Alexander Nevsky last year, we commend the singer's bravery when faced with these terrible circumstances and his dedication to the craft as well as his beloved fans.

As always, we extend our best wishes to Mr. Hvorostovsky in hopes he will recover soon.

For now, preview his booming Russian voice below.