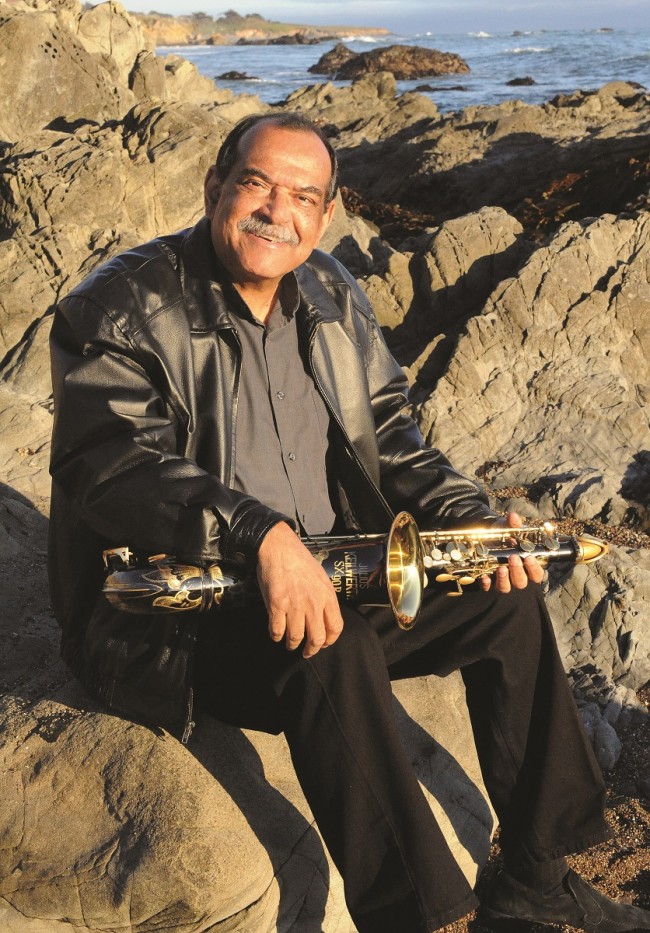 It was November 1981. I was still married to my ex-wife. With no kids yet, we could rock'n'roll and the Rolling Stones were in town. When they went into "Brown Sugar," there was saxophonist Ernie Watts blowing big to recreate the iconic Bobby Keys sax solo. Man, did he wail! I knew him from a 1969 super-session of sorts with T-Bone Walker, Big Joe Turner and Otis Spann called Super Black Blues and loved him ever since. There isn't any rock'n'roll on his new Wheel Of Time CD (Flying Dolphin Records). It's only jazz but I like it. (His 19 albums as leader and his dozens of appearances on albums by Carole King, Milt Jackson, John Mayall, Carmen McRae, Gabor Szabo, Gerald Wilson and Lalo Schifrin point to his esoteric nature.)

This German quartet of his has been solvent for 15 years. Recorded in the motherland of Darmstadt by the Brothers Endel with pianist Christof Saenger, acoustic bassist Rudi Engel and drummer Heinrich Koebberling, it was mixed and mastered in California by Paul Tavenner. The nine tracks-one each by the backing trio, four by Watts, a resurrected Joe Henderson gem ("Inner Urge") and-my favorite-"Goose Dance" by young Canadian pianist Adrean Farrugia.

Watts is a shape-shifting genre bender. Always was. He's blowing big here just like he did with the Stones only instead of wooing the honky-tonk women, he's producing himself with flourishes of calypso, blues, waltzes and ballads. Watts wrote the title tune in honor of his old boss, bassist Charlie Haden [1937-2014] for which he blew in Quartet West on eight albums from '86 to '99. His "tribute" runs 6:51 and ends the CD on a lyrical, wistful, almost nostalgic note (and you can listen to it right here).