'Uh Oh!" It's the Lou Caputo Not So Big Band for the Third Time, Jazzcat 47 Records [REVIEW] 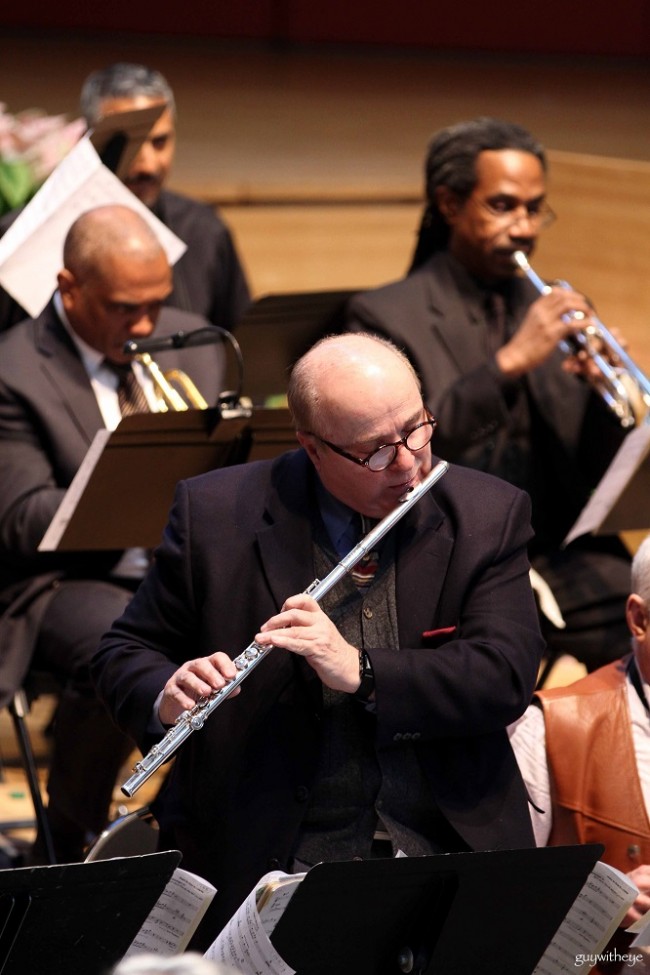 Lou Caputo (in foreground) on flute. He has his own Not So Big Band. (Photo : courtesy Jazzcat 47 Records)

Jazz fans in New York City (The Garage), New Jersey (Trumpets) and London (Ronnie Scott's) might've seen this pulsing organism of a band. Their charts are sophisticated, their arrangements complex. And, boy, can they blow!

Caputo, from Brooklyn, has seemingly done it all. He plays a variety of saxophones, clarinets and flutes, having played them in show bands backing Harry Connick, Jr., Lou Rawls, The Temptations and The Four Tops. He's been in the ghost bands of Ellington and Dorsey. He even played in The Cotton Club Orchestra. His crew has credits up the wazoo from Grammys to superstar stints.

The material is so engaging, it is suggested that the deep jazz fan not know what's upcoming to set off the subtle shock of recognition that will hit the sweet spot 12 times. From Wayne Shorter ("Black Nile"), Jack DeJohnette ("Festival") and Oliver Nelson ("Stolen Moments") to Chick Corea ("Guijira"), Tadd Dameron ("If You Could See Me Now") and Dexter Gordon ("Fried Bananas"), this program is filled with sterling melodies, syncopated surprise and, like a cherry atop a sundae, the closing Mary Lou Williams track ("Busy Busy Busy") is just one more sweet reason to love this project.

Highlight? Tough choice but I gotta go with the title tune, a little known novelty from 1959 by a one-hit wonder called The Nutty Squirrels where Caputo positively wails on bari sax. The only question is where the hell did he dig this one up from?