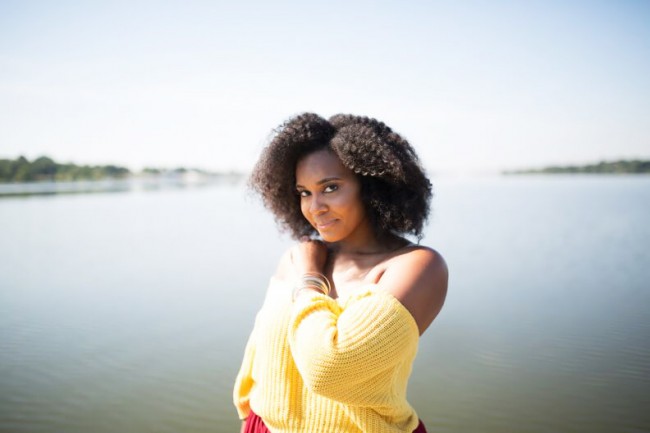 The Concord Records debut of Dallas singer-songwriter Ashleigh Smith, 27, has been highly anticipated ever since she won the 2014 Sarah Vaughan International Vocals Competition. Sunkissed tops all expectations. It's that good.

Smith proves to be an affecting singer with a decidedly island feel to her compositions of bossa-nova ("Best Friends"), samba ("Into the Blue" and the title track), Latin ("The World Is Calling") and hiphop (the beats behind her scintillating cover of "Sara Smile" by Hall & Oates). It's a 10-track stone soul picnic despite "Brokenhearted Girl" annoyingly sounding like "Mary Had a Little Lamb."

Born in Georgia, schooled at the University of North Texas, Smith sang back-up for vocalist Chrisette Michele for five years and even includes a sumptuous cover of her former boss's 2007 ballad "Love Is You." She also covers the Beatle standard "Blackbird," all the more profound when you consider McCartney has already stated he had America's Civil Rights struggle on his mind when he wrote "you were only waiting for this moment to be free."

Closer "Pure Imagination" is from the 1971 film Willy Wonka & The Chocolate Factory. Anthony Newley [1931-1999] co-wrote it but Smith totally transcends its once-limiting appeal by doing it a capella with her own voice double- and triple-tracked in beauteous harmonics.

Bassist Nigel Rivers and guitarist Joel Cross, college classmates both, co-wrote the five originals with Smith plus add brisk empathetic backing to her Stevie Wonder-influenced sound. The title track is an anthem-in-waiting, a perfect encapsulation and shout-out to all women-of-color. "Beautiful and True" was written by one of her college professors, Rosanna Eckert, who Smith sought out because "she knows my voice very well," according to the singer in the liner notes.

Only time will tell if this promising debut will be the first chapter of a long, successful career for Ashleigh Smith -- or will it fall into the $1 rack of your neighborhood used CD store, relegated to the dustbin of time? After all, does anyone know what ever happened to Terence Trent D'Arby after his near-brilliant 1987 debut?