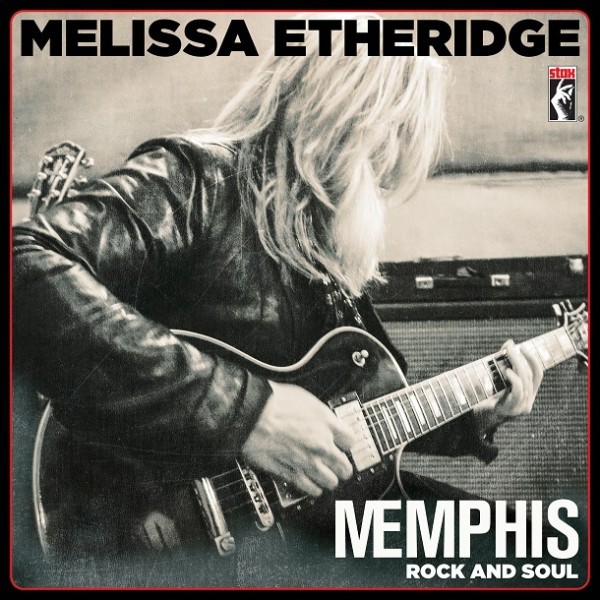 I've been waiting for Melissa Etheridge to do this kind of an album. Memphis Rock and Soul (Stax/Concord) rocks with the same kind of staccato horns, fatback bass and organ spills that Otis Redding, Rufus Thomas, Sam & Dave, Johnny Taylor, Albert King and all those great Memphis artists on the original Stax Records used. She has the perfect voice to interpret it all and one can only wonder why she didn't do this sooner. These songs-"Respect Yourself," "I've Been Loving You Too Long (To Stop Now)," "Hold On I'm Coming," "Who's Making Love," "Born Under A Bad Sign" and seven other barn burners (no filler!)-turn this tribute to 1960s Memphis R'n'B into a modern dance party. Yeah, she's got the vocal chops alright, so much so that she positively seethes with pent-up grit like never before. To hear them done (and done right) by such a powerhouse as Etheridge just makes me want to get up and shake it on out.

Mark Collie & His Reckless Companions are Alive at Brushy Mountain State Penitentiary (Eagle Rock Entertainment) in 2001 (Tennessee's most notoriously over-crowded prison closed in 2009.) Collie, who stars as Frankie Gray on ABC-TV's Nashville, has five 1990s albums yielding 16 hits to his credit. He's always been on the rockabilly side of country and here he lets loose with the kind of set that could turn prisoners around like his good friend Johnny Cash did in the 1960s when he performed at San Quentin and Folsom Prison. Back then, inmate #A-45200 was in the audience. The performance inspired him to get right with the law and pursue his own musical dreams. That inmate was Merle Haggard. Who knows how many careers Mark Collie might've spawned with a set of songs he wrote specifically for the occasion like "One More Second Chance," "Someday My Luck Will Change" and "I Could've Gone Right." The band kicks and rocks with musicians from the bands of John Mellencamp, Jimmy Buffett, Eric Clapton and Neil Young. Plus, the legendary Clarence "Gatemouth" Brown and the Goddess Kelly Willis strut their considerable stuff. (Don't get me started about Willis. She's an Austin favorite who breaks hearts-including mine-about as frequently as she changes her socks.)

Donald Ray Johnson & Gas Blues Band are Bluesin' Around on songs by Willie Dixon ('Ain't Superstitious"), Nat Dove ("She's Dressing Trashy") and their own funk-soul-blues-rock originals. It's an 11-track party recorded in France with their core two-guitar/bass/drums augmented by some hot sax, trumpet and keyboards. Johnson, born in Texas and living in Canada, is a ballsy vocalist who used to play drums for Big Mama Thornton. He's reached some heights in his long multi-genre career having hit #1 in America in 1978 with "Boogie Oogie Oogie" during his time as drummer for A Taste Of Honey. I remember that disco-duck song. I hated it. Used to turn it off the car radio whenever it came on. But I do love his blues!

Rhode Island's Sugar Ray and the Bluetones will tell you:  Seeing Is Believing. Their seventh Severn Records release goes all out on 11 originals and an instrumental version of BB King's "You Know I Love You." The follow-up to their terrific 2014 Living Tear To Tear, this one's even better. Sugar Ray Norcia is one hell of a harmonica player and front man. You'd swear there were two guitars but it's all Monster Mike Welch. Mudcat Ward's bass, Neil Gouvin's drums and, especially, the keyboards of Anthony Geraci, coalesce like a leaving breathing organism dependent upon each other for survival. Thing is, though, to be truly appreciated, you have got to see this band live. In December, they'll be touring Florida in Sarasota (2), Bradenton (3), Englewood (7), Dotham (8), Bradenton (9) and Parkland (10).

And finally, it was that great wit Randy Newman who was cruel but hilarious when he penned "I'm Dead But I Don't Know It" about 1960s rock bands who continue to tour. "I have nothing left to say/But I'm gonna say it anyway/30 years upon a stage/And I hear the people say/Why won't he go away?" I couldn't help but think of that song upon listening to All The Way (Eagle Rock Entertainment) by Moody Blues singer/songwriter/guitarist Justin Hayward. Hayward, who put a grand total of one new song on this meandering 73:44 of a seemingly endless album, lives in an alternate universe where the lyrics of Don McLean are Shakespeare. Thus, he covers "Vincent" and makes it even more maudlin than the original. I mean, sure, there must be some Moody Blues fanatics out there who will gobble up this oatmeal like it's the finest caviar. But, just like his career, All The Way, a reorganization of his solo stuff, is way too long.