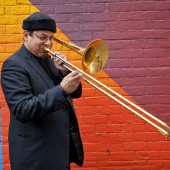 Trombonist/Composer Steve Turre is not only creating 'Colors for the Masters' (Smoke Sessions Records)...but colors WITH the masters. Yeah, this session must have smoked alright! One of the greatest living trombone men, Steve Turre, has, as his core band, none other than bassist Ron Carter, pianist Kenny Barron and drummer Jimmy Cobb, masters all, on five originals and five standards. 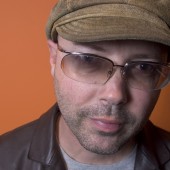 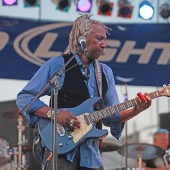 Born in Cuba, raised in Chicago, Eddie Turner played in San Francisco with Tracy Nelson and Mother Earth in the 1970s, Colorado's hard-rock Zephyr in the 1980s and The Otis Taylor Band in the 1990s. In the new millennium, his 2005 'Rise,' 2006 'Turner Diaries' and 2010 'Miracles & Demons' made him his generation's equivalent of Hound Dog Taylor or Clarence "Gatemouth" Brown. Now, he's 'Naked...In Your Face' (7-14 Records) on his first ever concert CD. 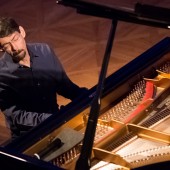 What? You say you've never heard of pianist/composer/bandleader Fred Hersch? Just walk into the storied bowels of New York City's Village Vanguard and there on the wall, next to framed signed pictures of John Coltrane and Charles Mingus, is a picture under glass of Fred Hersch. 'Sunday Night at the Vanguard' (Palmetto) is the place to be. 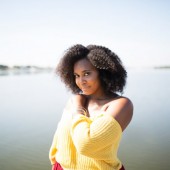 The Concord Records debut of Dallas singer-songwriter Ashleigh Smith, 27, has been highly anticipated ever since she won the 2014 Sarah Vaughan International Vocals Competition. 'Sunkissed' tops all expectations. It's that good. 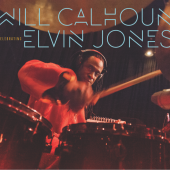 Let me reserve a spot on my 2016 Top 10 right now! Living Colour drummer Will Calhoun was always more than metal. 'Celebrating Elvin Jones' (Motema Music) has the drummer with keyboardist Jan Hammer, superstar bassist Christian McBride, saxophonist Antoine Roney and pianist Carlos McKinney, all of whom have played with Mr. Jones. 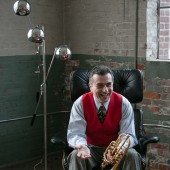 Al Basile is that rare 'Mid-Century Modern' (Sweetspot Records) blues singer/songwriter who plays cornet. You'd have to go back to Louis Armstrong for another such rarity. With Duke Robillard producing and playing some guitar (on two tracks), these 13 originals reek of tradition yet strive for modernity. As a result, satisfaction ensues. 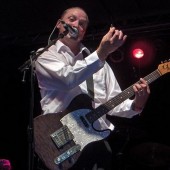 Lew Jetton & 61 South's third effort, 'Rain' (Coffee Street), fulfills the promise of 'State Line Blues' and 'Tales From A 2 Lane,' for it is here where Jetton really puts it all together on eight originals and two covers-John Hiatt's "Feels Like Rain" and Allen Toussaint's "It's Raining." The band is sterling, aided and abetted by seasoned pros but held together by Jetton himself, an engaging singer/songwriter who takes from the blues tradition yet adds immeasurably his own thing. 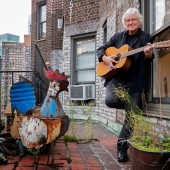 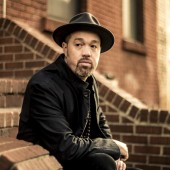 We have a winner! A wildly uncompromising synthesis of electronica, jazz and soundtrack (for a movie that doesn't exist), trumpeter/band leader/composer Dave Douglas has really entered some 'Dark Territory' here (Greenleaf Music). It's the follow-up to last year's aptly-named 'High Risk.' Now, though, he's not only balancing on a high wire of expectations, he's dancing in the dark. 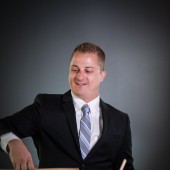 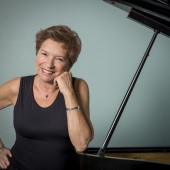 Peggy Stern is a musician's musician. She's made her mark in Philadelphia, San Francisco, New York City, Europe, Seattle and now Austin. Her multi-hued musical worldview includes classical, salsa, Latin rock, jazz and R'n'B. 'Z Octet' (Estrella Prod.) veers classical as a suite in 10 movements. But, just like it's not exactly jazz, it's not exactly classical either. 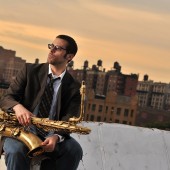 There's a point between where jazz fans exist yet the casual music fan might get lost. Baritone saxophonist/bass clarinetist/composer/bandleader Tony Lustig wants to bridge that gap. To that end, his quintet is 'Taking Flight' (Bimperl) on eight wildly disparate originals "that represent what jazz music means while still making it enjoyable for someone who has never listened to jazz before," according to the artist. 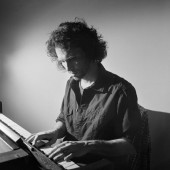 For his fifth CD, pianist/composer Bobby Avey has turned his attention to societal ills and injustices, in other words, 'Inhuman Wilderness,' as he calls it. It's only the second release for the new Innervoice Jazz label, run by pianist Marc Copland out of New York City, and it's a brave avant-accessible work.