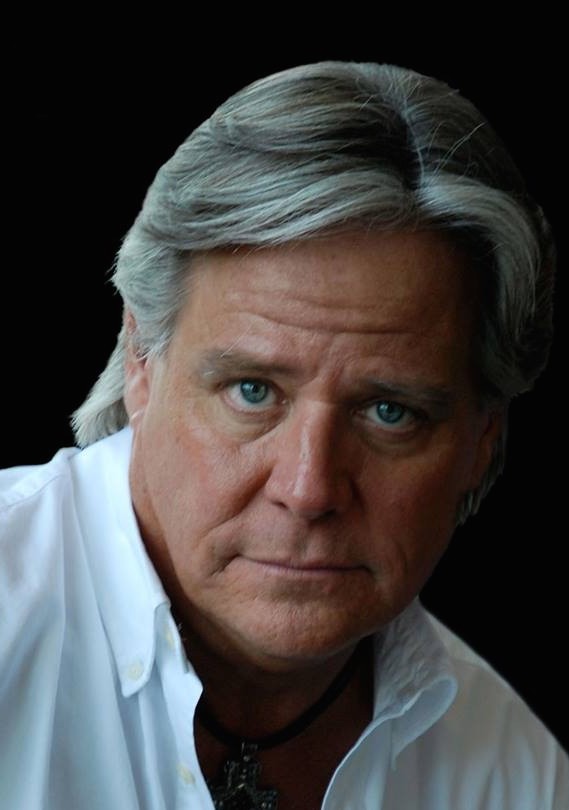 My Brother Elvis: The Final Years From His Last Moments Of Glory To His Tragic Demise by David E. Stanley (Impello Entertainment, hardcover) is a true warts-and-all look at Elvis Presley from an insider's perspective. Stanley's mom, Dee Stanley, married Presley's dad, Vernon Presley, to become The King's step-brother. They got along so well Elvis yanked him out of high school and took him on the road at the tender age of 16, inaugurating the kid with five hookers on the first night of a tour. "You walk in that room, son, a boy, and you'll come out a man," is what he was told. Five years later, Elvis was dead. Stanley was but 21. Yet the kid couldn't conceive of any other life. Maybe he was too young to affect any meaningful change in the gargantuan appetite for drugs that his boss had. But I still had to ask the burning question...

Blogarrhea: Why couldn't you guys save Elvis?
David E. Stanley: This was before the Betty Ford clinic. Elvis knew he was addicted but had too much pride to admit it. He was afraid of what people would think. Elvis didn't smoke, shoot or drink. His image was pristine. He lost his mother. He served his country in Germany. His movies were G-rated. His music was gospel. Interventions had yet to be popular. Had he had a place to detox, the world would've embraced him even more! He was the first drug addict superstar of that stature. Now we know. Having lost Whitney, Michael Jackson, Prince and so many others, we've been educated. But, back then, there were no rules because nobody knew how to play the game.

Blogarrhea: Oh come on! Look at the twin hypocrisies of a) on-the-road wife cheating as being somehow OK for all you boys, and b) Elvis abusing prescribed meds yet being against "street drugs" including pot were staring you right in the face!
DES: I know, I know. Like Elvis walking into the White House totally stoned yet convincing President Nixon to give him a DEA badge? There was a strict dichotomy between what Elvis was and how he was perceived. It was all very visible to us. Sure, call me an adult, but, Mike, I was 21. Don't forget, I went to work for him at 16! Looking back at it, would I have done things differently? Absolutely. I would've been more confrontational with him but it would've been faced with massive resistance. Elvis had no accountability. No one told Elvis what to do. There were people who tried, who cared, but, if you're going to be around this guy, it was his way or the highway. Did we enable him? Yes. Do we regret it? Yes.

Blogarrhea: He should've fired his manager. Elvis outgrew Tom Parker. I'm convinced had Elvis been allowed to star opposite Streisand, as he was her first choice before Kristofferson, for A Star Is Born, it would've not only revitalized his career but his passion for life. The Colonel didn't let him tour overseas where the rest of the world so wanted him. He kept him chained to those awful movies when he should have been recording and jumping onstage with Springsteen or Led Zeppelin who both loved him.
DES: I agree with you 100% but you have to understand: if it ain't broke, don't fix it.

Blogarrhea: But it was broke! Elvis was miserable. I thought the most telling quote in the whole book-and the one that gave me chills-is when Elvis tells you, "sometimes it's better to be unconscious than miserable." And that awful Dr. Ghanem and worse Dr. Nick kept him in a coma for days sometimes, right?
DES: Ghanem for sure. Dr. Nick lost his license over it. Sure, Elvis hated those movies after awhile, but he was getting upwards of two and three million per! He was the highest paid actor in Hollywood. He did need an artistic challenge, though. You got that right. Yet he never got it. Superstars know how reinvent themselves. He didn't. When Jerry Weintraub wanted to set up a European tour, Elvis decided to do it and fire the
Colonel but, as was always the case, they argued long and loud about it and the final word was Colonel Parker telling Elvis, "you'd be nothing if not for me." That always seemed to resonate with Elvis. He came from being dirt poor. Hey, listen man, when I brought Robert Plant and Jimmy Page to Graceland to meet Elvis, they were in awe of him. I was in awe of Led Zeppelin! I got them to sign my copy of Houses Of The Holy. Page told Elvis he didn't pick up a guitar until he heard "Jailhouse Rock."They spoke for maybe 20 minutes and on the way out, Plant sings "treat me like a fool," Elvis smiles and sings the next line, "treat me mean and cruel," and then they harmonize: "but love me." What a moment! Clapton too. He was like the scene in Wayne's World: "I'm not worthy!" He was practically groveling at Elvis's feet!

Blogarrhea: Do you agree that the true love of his life was Ann-Margret?
DES: I do. He loved her. So much. He knew he met his match. She was a female Elvis. Sparks really did flare up on the set of Viva Las Vegas. Hey, Priscilla came along in '61 [at age 16, she moved into Graceland with the full consent of her parents]. They married in '67. Elvis was never faithful. But I saw how he was around her. I saw how he was around Linda Thompson and Ginger Alden. After Vegas, Ann-Margret would visit Graceland with her husband, Roger Moore, but she would go into another room with Elvis and be gone for an hour and a half. Then they would come back positively glowing.

Blogarrhea: Once Linda left him, he was doomed, no? She knew to sleep with one eye open. Ginger slept right through Elvis passing away in his bathroom. Linda would've been in that bathroom in 10 minutes when Elvis didn't return.
DES: She was too young. Elvis was so wasted on drugs. He didn't love Ginger. He decided to try and love her, though. My brother Rick and I were with him 24/7 but when he went to bed with Ginger that night, he told us he didn't want to be disturbed. That was a mistake that cost him his life.