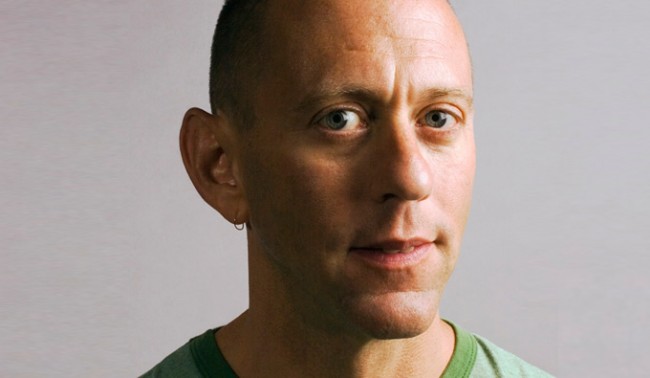 Neil Greenberg will be presenting a new post-modern performance titled This, which will explore humanity's inevitable need to find meaning in life. The New York-based choreographer, who founded the company Dance in 1986, will use materials onstage as performers rather than representative props.

The piece will feature five dancers (Greenberg along with Molly Lieber, Mina Nishimura, Omagbitse Omagbemi and Connor Voss) who will engage in complex and idiosyncratic movement that are based on previously videotaped improvisations and then learned by all the dancers verbatim. These movements are then paired and accentuated by various lights, music and scenic materials so that the effect of the performance shows something that is constantly reconfigured or recast.

Greenberg, who is currently the Professor of Choreography and Dance Program Coordinator at Eugene Lang College, The New School for Liberal Arts, created a Hatchfund account, a crowd-funding source, to help him raise money for his upcoming performance. This will be a result of his first ever sabbatical leave and his first major production since (like a vase) in 2010.

Greenberg discusses his work in his Hatchfund summary and describes This as an anti-interpretive project and says that he remains more interested in doing than representing.

He also describes This as a way for him to draw a connection between his continual return to anti-interpretation and his experience growing up as a gay child. He explains that his differences as a young boy interested in show tunes and dancing were at first normal but than “interpreted” to be a problem by those surrounding him. His personal history has caused him to move away from looking for an identifiable meaning and just focus on the experience.

This will be presented by New York Live Arts December 3 to 6.