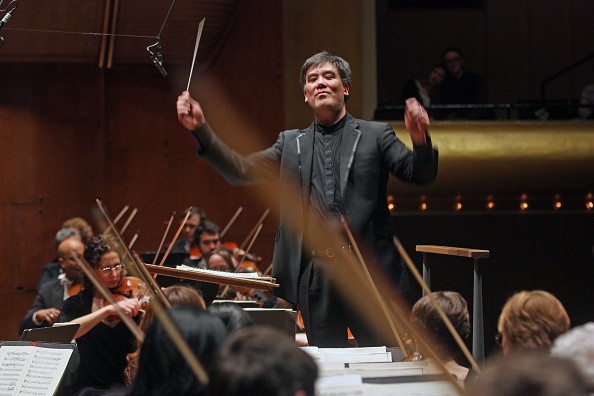 In a most surprising move, New York Philharmonic 8 season music director, Alan Gilbert, will step down from his post in 2017, which means they will begin an intense search for the successor to the high ensemble.

Mr. Gilbert, 47, will have served in the position for 8 years since his start in September 2009. Surprising, sure, but his departure was prompted by "his desire to ensure a strong transition for the institution in light of the planned renovation of Avery Fisher Hall.

Avery Fisher Hall, if you don't know, is slated to begin construction in 2019, per the orchestra.

Mr. Gilbert said in a statement, "After eight years in such an all-consuming job, the time will be right to hand off the responsibility for taking the New York Philharmonic through its next great chapter leading to the reopening of the hall."

The music director is the first native New Yorker to hold the post. During his tenure with the orchestra, he proposed many contemporary-music intiatives, including the "Contact!" series of new solo and chamber music.

He also began the NY Phil Biennial, which is a wide-ranging festival inspired by the visual-art world, which included partnerships with arts institutions around the NY area.

And, according to The Wall Street Journal, his other initiatives included creating residency programs for soloists and composers, which this year are held by violinist Lisa Batiashvili, pianist Inon Barnatan and composer Christopher Rouse, as well as a series of concerts and recordings focused on the music of the Danish composer, Carl Nielsen.

So while Gilbert may be ducking out just in time for the estimate $500 million renovation that will force the orchestra to relocate, the successor may have to find a way to transcend the bad hand they will almost surely be dealt.

The orchestra declined to comment further on who's to replace Gilbert, but the search is underway nonetheless.

For now, check out the NY Phil in Gilbert's words below.