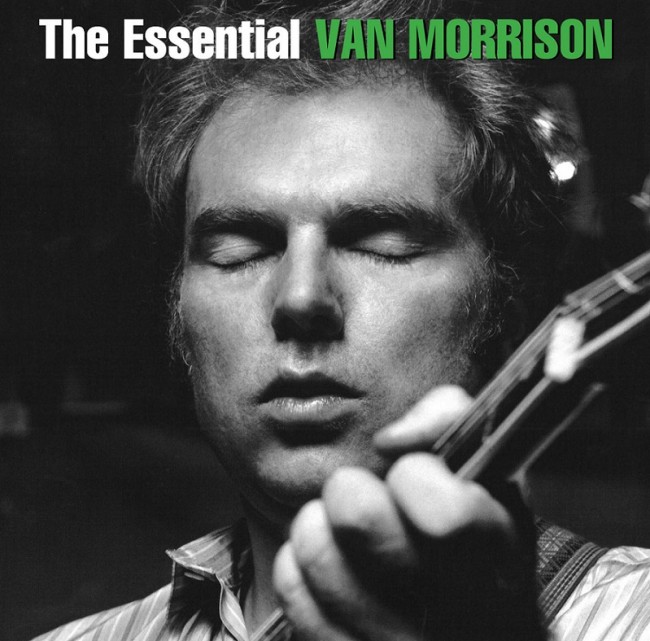 The Essential Van Morrison (Legacy Recordings) lovingly meanders from his early pre-punk 1960s days in Them ("Gloria") and his mystical hippie period ("Astral Weeks") to his "Moondance" break-out and "Tupelo Honey" stardom onward to such beloved albums as Veedon Fleece (1974), Wave Length (1978) and a host of exquisite '80s, '90s and '00s projects. It's the first such look-back and signals what promises to be one of the most important and culturally satisfying rollout projects yet.

He came out of Belfast, Ireland with a chip on his shoulder and attitude to spare. As one of those singers who, whenever he opens his mouth jazz comes out, he simply cannot and will not ever sing the same song in the same way twice. Billie Holiday was like that too. Also, when you think of all the sub-genres he's straddled (blues, country, folk, rock, rockabilly, punk, rhythm 'n' blues, Celtic and, yes, jazz), it's all the more amazing that this 70-year old grumpy curmudgeon-who rivals James Brown as being one holy hell of a bandleader who changes musicians like we all change socks-is still so beloved. Ginger Baker ain't got nothin' on this guy!

For decades, Van The Man addicts have wanted a box and for year after year we heard stories that Van just wouldn't permit it. For years, his catalog has, for the most part, been out-of-print. Legacy Recordings now finally plans to release 50 albums, videos and compilations. To that end, 33 of his albums are already available digitally. Can that huge box that we've been salivating for be far behind?

This double-disc is a doozy. You can hear The Man progress and mature. At first, it's the production and arrangement by the legendary Bert Berns ("Brown Eyed Girl") who discovered him. Berns had just been to Havana and he came back with that signature guitar intro. Then the litany of hits one after another starts to finally satisfy the deep yearning that has developed in the gut of all Van fans in the face of an empty chasm of retrospectives when it comes to this undefinable artist. "Crazy Love," "And It Stoned Me," "Wild Night," "Warm Love" and oh so many others actually made me stop the car and pull off to the side of the road. Background music this ain't.

This has only whet my appetite for more. As much as these two discs will not escape my player anytime soon, I hunger for that 10-disc set that will distill his essence into a box. Legacy has done it with so many great artists, it's only a matter of time.