Jesse Cook Begins 'One World Tour' in Portland, Sits Down with Classicalite for Exclusive 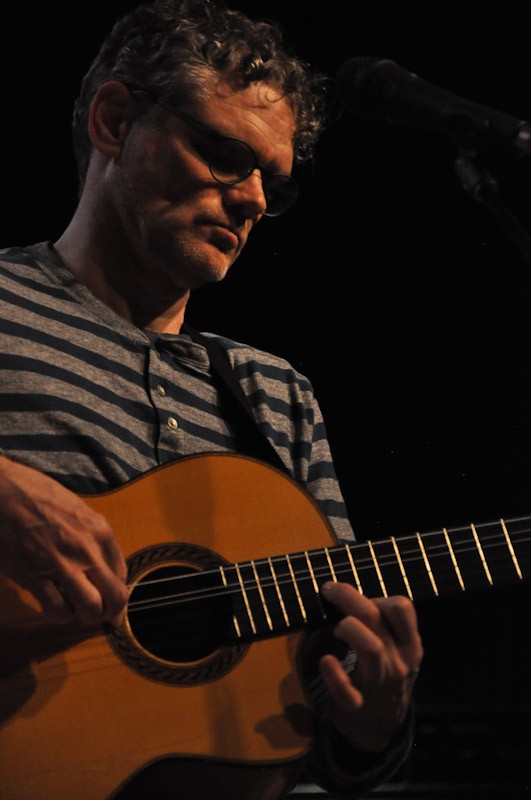 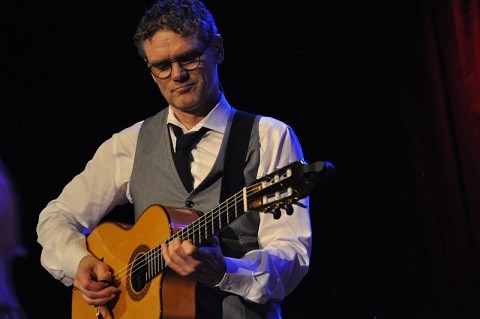 Classicalite - If Jesse Cook were to introduce himself to a crowd who didn't know what his music was like, how would he describe his style?

Jesse Cook - Kind of a fusion world music. I grew up with three music traditions. I started in flamenco. As I got better, at the Guitar Academy in Toronto, where I was passed onto classical teachers, I studied classical for a number of years. I didn't really like it as much. In my teens, I wandered into jazz. I ended up going to Berkeley College of Music. Now, I really don't know what I like to do. I like to mix it up a bit. Try and mix my weird guitar style with other styles of world music.

Classicalite - When did you know guitar was the voice you wanted to speak with?

Jesse Cook - It was one of those cases where I started so young with the guitar I really don't remember. My mom said I had a guitar when I was two that I used to strum. I have a couple of young kids now myself who like to make "noise" so I doubt it sounded like much. I started lessons when I was six and knew guitar was always going to be a part of my life. I've been very fortunate that I've been able to play guitar for a living. I don't really have a voice for singing.

Classicalite - Speaking of singing, during the sound check, I heard you singing. Is this new?

Jesse Cook - Yes, it's something I've been enjoying more and more. I've tried to avoid it as much as possible, let Chris (band member) sing the songs until finally, out of necessity, I had to. On one tour, our drummer couldn't make the show, so I filled in and loved it. I realized that it's a very different experience than playing an instrument. When you sing, you are the instrument. 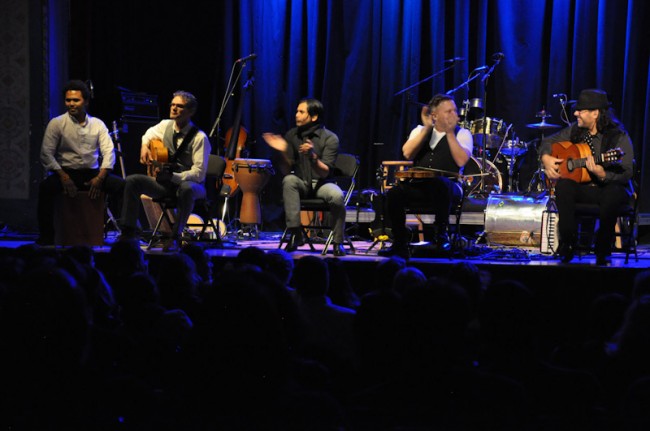 Classicalite - What is the one piece of advice you'd give to a beginning guitarist?

Jesse Cook - For me, guitar has always been a lifetime love affair. I really have two ways of answering that. I generally tend to tell young people to chase your dreams. I have been fortunate in that I have been able to support myself. A lot of great and talented musicians have not. I think it's very important to stay true to your reasons for chasing the dream, whatever it may be.

Classicalite - Your music is very visual. I know your father was a film director. Did he influence your way of approacing composing?

Jesse Cook - I was surrounded by artists growing up. My mom was also a film director. I came from that culture. I originally thought I would become a painter. I had a girlfriend in high school that told me, "Jesse, you're really good at guitar, art not so much." If my albums sound cinematic, it is because those are the types of albums I loved. Dark Side of the Moon lived on my turntable for a year straight.

Classicalite -  On your new CD, One World, speaking of visual, one song "Bombay Slam" really stuck out. I cover Bollywood for Classicalite and I could close my eyes and visualize a whole routine around your song.

Jesse Cook - It's interesting you say that. I am a closet Bollywood fan myself. It's totally Bollywood. Interestingly enough, I had a song of mine, "Mario Takes a Walk", get plagiarized by a Bollywood movie called Dhoom. The main song, the hit single, was my song, spliced with an Indian-type beat. It was a weird feeling seeing my music become popular in a whole other part of the work I greatly admire. I was just so blown away by it and it was like I wanted to do more of this.

Classicalite - On one of your previous tours, you opened for B.B. King. Did you get to meet him?

Jesse Cook - I opened for him a couple of times. I was pretty young in my career. One of the times, he was about to go on and I told Mr. King that my father is a huge B.B. King fan. He didn't have to say this, but he said, "You tell you're dad I wish him well and can't wait to see him at an upcoming concert." 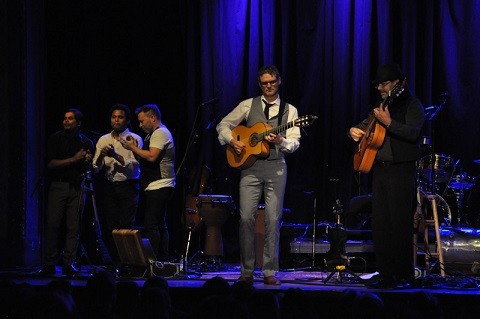 Classicalite - Do you still learn from other guitarists or are you pretty much set in your ways?

Jesse Cook - Oh, yes. I am always learning, but not just about guitar. It's funny. People tend to view me as a guitarist. First and foremost, I am a composer and a producer, then a guitarist. The producing, recording, worrying about how this will sound. It all factors in. The guitar playing takes a couple of days, but it is only a small piece of a much bigger puzzle.

Classicalite - Because you have such a wide range of influences, how do you refine your ideas?

Jesse Cook - When I was younger, it was tough. I was like, "Look you could do this. You could do that." It's very much the dilemma of young composers. You want to show off your chops but really don't have an identity yet. Now, I refine it down to a specific geologic space, so to speak. A place you want to take time and explore.

Classicalite - You've done nine studio albums as a leader of a band. I'll read them off. Say the first thing that comes to mind with each. Tempest? 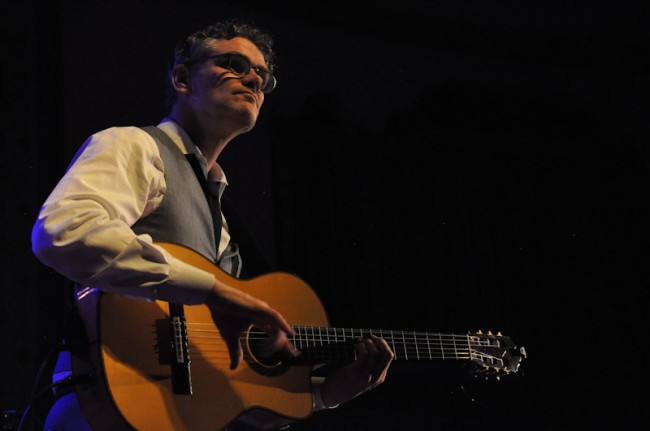 Yes, it was. Special thanks to Jesse Cook, Steve Strickland, for his beautiful photography, and my Little Fische, for her infinite wisdom.