Helene Grimaud Talks About 'Water' the CD and the Environmental Challenges 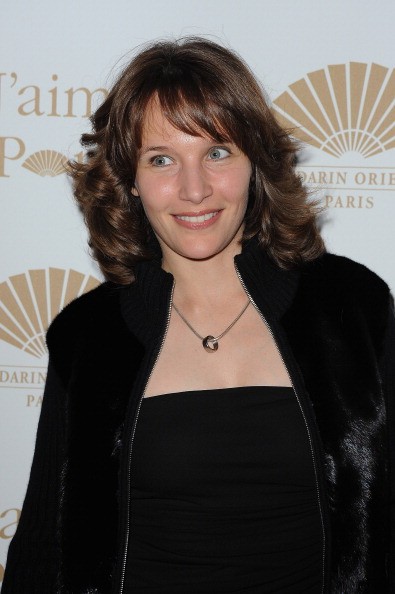 Water, it is the source of life and death. It sustains and corrodes. When it pours outside our window, it torments us, but also it comforts us, heals our weaknesses. If there is a greater power on earth, it has yet to be found. Water or lack thereof can bring a country, a state or a city to its knees faster than economic sanctions. Like many in the art world through the ages, French classical pianist, Helene Grimaud, is fascinated by water, as a muse, a metaphor and bringer of life. Her didactic approach to the project was due to her strong belief in environmentalism. Classicalite sat down to talk with Ms. Grimaud about water and Water.

Classicalite - Did you learn anything new about your subject that you didn't know going in?

Helene Grimaud - I learned how catastrophic the statistics really and truly are. Obviously, I already knew a lot from the available statistics, being a hardcore environmentalist. From my studies, I got a sense of the sheer magnitude of the lack of water or clean water there is for a great many people on this earth. When you look at the growing demand for water by the rising population and heavy industry you become more horrified and pessimistic. What I was happy to find is how water has inspired artists through the ages, not only composers. As well, the amount and depth of material that this common everyday thing we take for granted has inspired is astounding. It was really inspiring to just see the differing takes by each of the composers.

Classicalite- What would you like people to take away from your new CD?

Helene Grimaud - I don't really have anything specific in mind. The CD is my conservationist side speaking out, wanting people to be aware of this very serious issue while, at the same time, exposing the public to how artists have been inspired by water. It has been used as an inspiration and a metaphor. It's not only a molecule but the ultimate metaphor.

Helene Grimaud - Well, it's the ultimate source of life. It represents rebirth and nature. As well, nature is the ultimate muse. We don't invent it. We just discover what is already there. I am hoping this touches people, that the repertoire that comprises the album, touches the listener in the same way that it touched me when I was selecting it for the album. It was so evocative, beautiful and mysterious. I had no idea how it would come across in performance.

Classicalite -  Why were unsure of its eventual perception?

Helene Grimaud - Like the actual substance, the material was so fragile I didn't know if it could stand its own in a large, unforgiving concert hall. Luckily, The Armory has been a wonder as a venue. The sound there helped contribute to the emotional impact of the project. The project has had a number of lives to it. Nithin's transitions brought a whole new side to the project and it opened up a lot of things creatively.

Helene Grimaud - Nithin's involvement was a wonderful part of the project to me. When I was in London, I was doing a concert and ran into Nithin and I talked to him about the idea and he got it immediately, what I was wanting to do. The cool thing is the way he took everything so seriously, which was another confirmation that he was the right choice. I told him about the pieces I was thinking of selecting before I even played them. That is how important he became and the transitions are beautiful. He has such a cultivated sense of the language. I have always loved his work. The transitions were used in a a perfect way to underline to importance of the theme.

Classicalite - Could you say that the CD is a metaphor for the futility of man?

Helene Grimaud - You could say that, I suppose. Many people are dying without clean water or simply don't have it all. As strong as it can be, water can also be very fragile.

Classicalite - But its absence can have a greater effect?

Classicalite - In general, are you happy with the way the CD turned out?

Helene Grimaud - That is a difficult question to answer. By the time you are done recording, you're already playing it differently. You could go back literally re-record everything you've ever done. The concept and the appeal of the material are a major part of the what makes the project feasible, or dooms it.

Are the Oscars ' the White BET Awards' as Host Chris Rock Claims?

The Razzie Awards: A Look Back At Hollywood's Worst