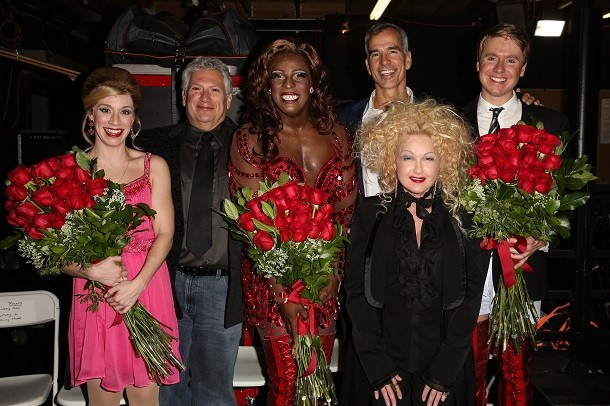 2016 continues to be a huge year for Broadway musicals in the news. On April 3, Kinky Boots became the longest-running show to ever play the Al Hirschfeld Theatre on 302 West 45th Street, as announced by producers Daryl Roth and Hal Luftig via Playbill last week. The show, which was co-created by Cyndi Lauper and Harvey Fierstein, has been a routinely top-grossing production since it opened in 2013, and the tickets for Kinky Boots have been relentlessly expensive on the secondary market.

When Kinky Boots opened in 2013, tickets on the resale market for the first year averaged an impressive $575. As it stands currently, tickets for Kinky Boots are averaging $249. Although the resale averages have dropped over the years, ticket grosses for the production are still routinely at the top of the list. To compare, other popular shows on Broadway average similar numbers on the resale market. Currently, tickets for Aladdin are averaging $221, tickets for Wicked average $259, and The Lion King averages $264. Hamilton is one of the only Broadway shows that averages well above other productions, as resale tickets for the larger-than-life show are currently averaging $1,211.

The record for the longest running show at the Al Hirschfeld Theatre was previously held by the original production of The Man of La Mancha, which spent three years there before transferring from the ANTA Washington Square Theatre. Fans traveling into the city to see Kinky Boots can secure parking in New York City through Parkwhiz.com, where rates begin for as low as $25.