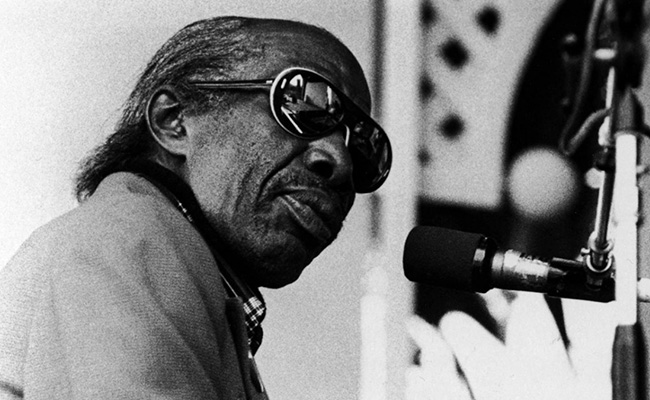 On Feb. 1, 1976, a living legend performed at the University of Chicago Folk Festival. His name was Henry Roeland "Roy" Byrd and he played the piano and sang. Most of the folks in the crowd knew him as Professor Longhair. He was 57 at the time. Live In Chicago (Orleans Records) documents the short seven-song set. Still at the height of his powers, this architect of New Orleans rhumba and R'n'B who could shout a blues or rock the "Mess Around" should be a staple of every American record collection.

As with other blues legends who had to tend bar, sing on the street for chump change or flip burgers to make a living, Fess, as he was also known, wound up sweeping floors in the 1960s until rediscovered. Painter Hudson Marquez is the hero who searched far and wide until he found Fess dealing cards, living in poverty and quite ill. Marquez got him up and running, and soon Fess was knockin' 'em dead in the Ninth Ward of the Crescent City. Dizzy Gillespie caught his act and wouldn't stop talking about him. When Atlantic Records released a retrospective of all those failed singles recorded under a dozen different names (New Orleans Piano), it was hailed as a masterpiece and soon Fess was performing all over the world including at one of Paul McCartney's private parties (documented on record as Live on the Queen Mary).

With a three-guitar and drum attack here, Professor Longhair pulls out all the stops for the students, performing Earl King's "Big Chief," Peter Chatman's "Every Day I Have the Blues," three originals ("Doin' It," "Mardi Gras in New Orleans." "Fess's Boogie") and hits by Ray Charles ("Mess Around") and Muddy Waters ("Got My Mojo Working").

He's in good voice. His piano-playing is eccentric yet divine. The man is a force of nature. Less than four years later, he'd be dead of a heart attack on Jan. 30, 1980 at the age of 61. In 1985, as the flip side to his "Spies Like Us" single, McCartney recorded "My Carnival" in honor of the great Professor Longhair.