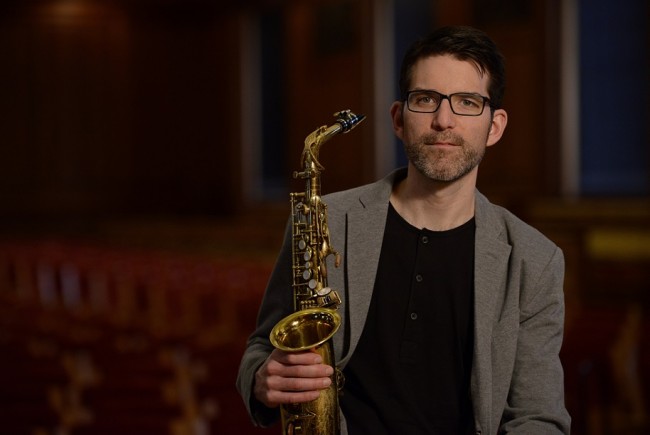 Kris Allen writes for the 'Beloved' in his life. (Photo : Jay Corey)

Jackie McLean disciple Kris Allen's Beloved (Truth Revolution Records) proves his writing chops are as etched in stone as his ability to lead a band, and insinuate his sax voice in, over, under and around that of his bandmates. The result is 10 original tracks of startling creativity that underscores his distinct sense of jazz history as he quotes not only from his favorites, but the favorites of his favorites.

The decision to seriously compose without use of a piano to ease the psychic pain and fill the spaces in the final mix didn't come easy. He had his precedents from which he drew inspiration: the Branford Marsalis Trio and both versions of a two-horn Elvin Jones band with no piano (like on Black Hope) where horns play in unison and, as Allen says in the liner notes, "where the melodies really speak."

Beloved starts with the groove-laden "Lowborn" before "Mandy Have Mercy" quotes Charlie Parker's solo for Sarah Vaughan's "I'd Rather Have a Memory Than a Dream." "Lord Help My Unbelief" was originally written for a church service. "Flores" is in tribute to Charles Flores, a Cuban bassist and friend who passed away. The playful "One For Rory" is for his daughter. "Bird Bailey" quotes Cannonball Adderley quoting Parker during a solo Adderley took during "Won't You Come Home Bill Bailey" on an Ernie Andrews date. Allen stuffs snippets of at least 10 Parker songs in the course of one 4:25 blockbuster while he solos over the top of everything. Suffice it to say, it's a stunner.